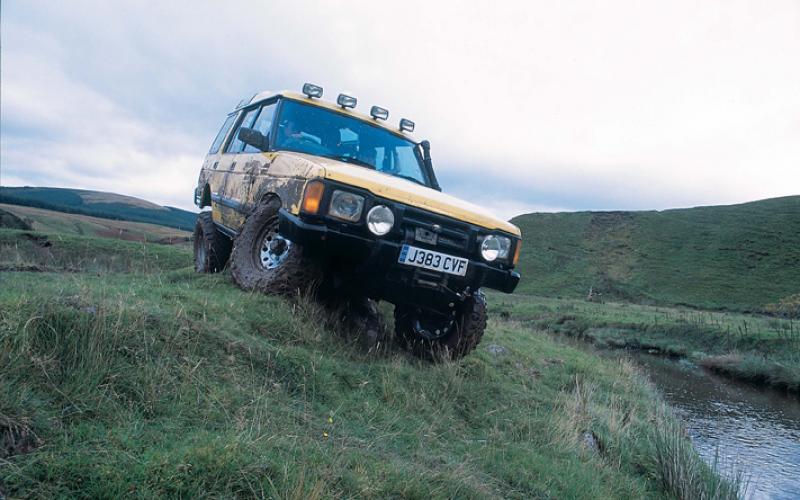 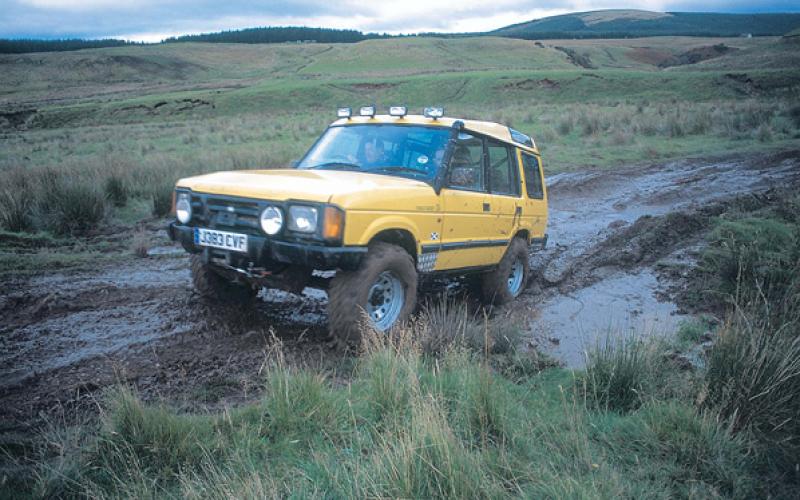 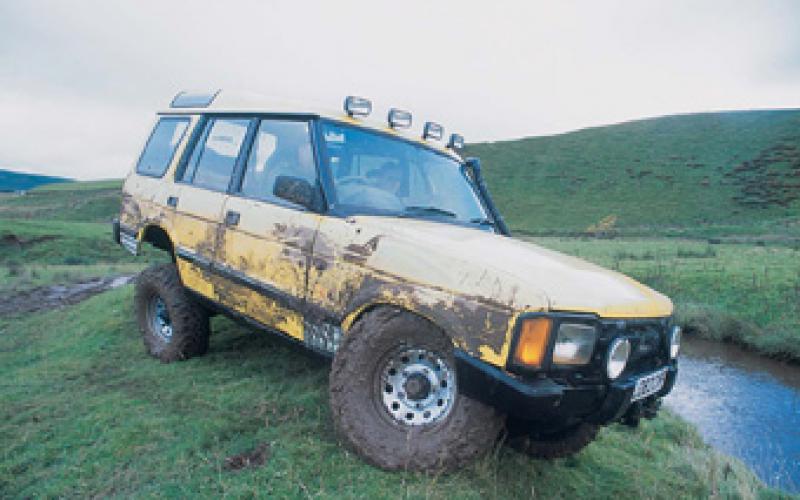 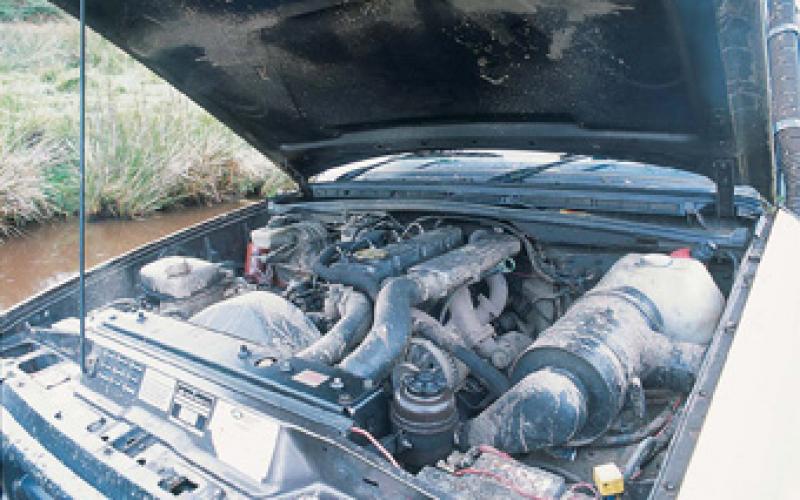 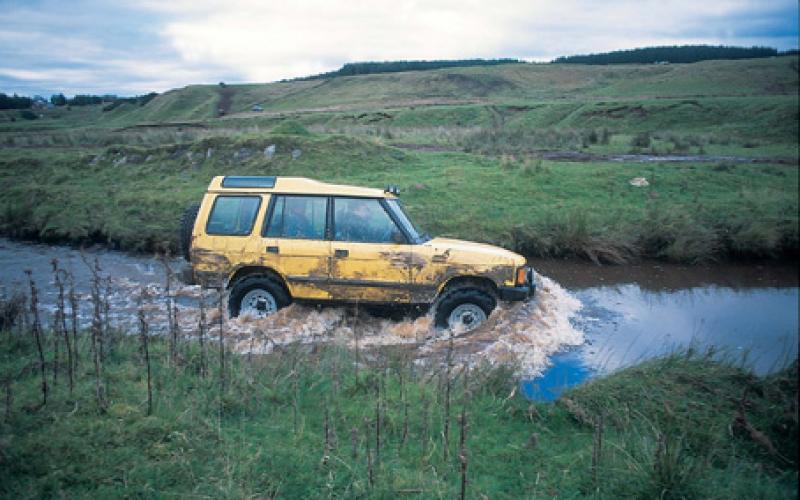 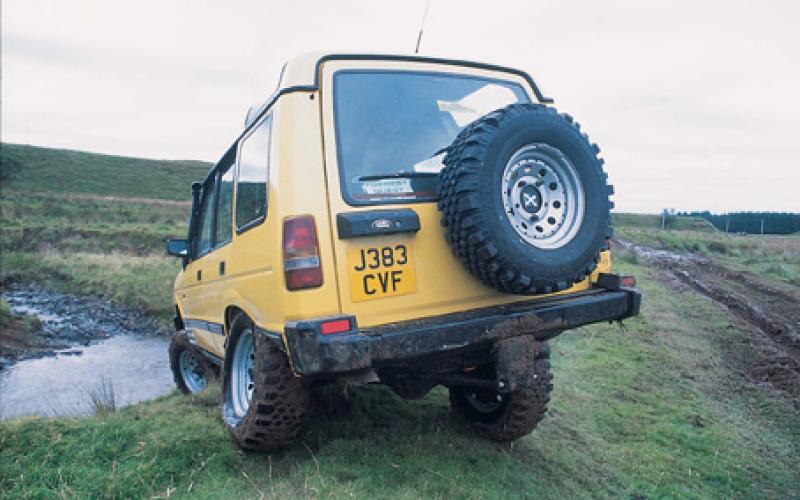 Jack Peters started modifying his Discovery because bits of it went rotten. Since then, a budget build has become an object lesson in taking the subtle approach – though all that may soon be about to change…

‘I am a novice at doing this,’ says Jack Peters, ‘so it’s got to be trial and error. I’m all for learning from my own mistakes – I’m not a man to take advice!’

For a man with 27 years’ experience in the motor trade to describe himself as a novice might sound like a world-class example of false modesty. But despite having owned a string of Range Rovers and built a variety of rally cars in the past, the owner of what must be one of Britain’s most subtly modified Land Rover Discoverys is only now getting into the gentle art of building a killer off-road vehicle.

‘I’ve always mucked about off-road,’ admits Jack, whose Disco has become a familiar sight at events run by Scotland West All Terrain. ‘But this was the first one where we’ve gone out and bought tyres and so on.’

Tyres? Hardly the stuff of an epic project, at least not on their own. But even if they were the only unusual thing about the Discovery, the 265/75R16 Bronco Grizzly-Claws filling its wheelarches testify to its owner’s fresh approach. Because whoever heard of a 4x4 that left the factory shod with 205R16s being able to carry off something so much bigger with a mere two-inch suspension lift?

‘Everyone told me it wouldn’t fit,’ says Jack with a shrug. ‘But I’ve done it. The only thing it needed was a little off the back of the arches on the front wing, and with the original bump-stops it just tickles the arch at the back. I don’t know if I should have done it, but I’ve never had any problems!’

The lift in question was actually a by-product of Jack’s need to carry heavy equipment such as generators for his work. He went to Scorpion Racing for advice and came away with a set of progressive-rate heavy-duty springs and DeCarbon shocks, raising it by what turned out to be just enough to accommodate the taller rubber.

But that’s not where it all started. Before that, the Discovery had seen service as an everyday family car after arriving in the household in 2001 for around £4000. ‘The older it got,’ says Jack, ‘the more I saw the value going down. So thought I’d start mucking about with it and taking it off-road.’

Even then, the first modification was something of a distress purchase, in that the sills rotted out. ‘Rather than putting ordinary sills on it, I used 100x60mm box-section in its place, a couple of millimetres thick. So it’s like the original size sill with a rock slider built on to it.

‘That started the ball rolling, got me going doing bits and pieces. You could say I started with the rotten bits and built it up from there.’

The sills have taken a pounding since going on, and Jack reckons they’ve saved the Discovery from a lot of damage. Even so, the original plastic covers went back on and have survived. ‘It sits about half an inch lower than the sliders, but bends out of the way. If it gets ripped off, it gets ripped off.’

Also protecting the vehicle from terra firma is a steering guard that Jack designed himself. Having measured the chassis and made a cardboard template, he got the sections cut out roughly in 5mm steel plate then took them home, shaped them exactly and finally welded them up. ‘I’m not one for believing that it’ll weigh the front of the car down,’ he says. ‘There’s more significance in it being protected than in being weighed down with a wee bit of steel.’ The fellow Discovery owners in his manor who’ve since asked him to make copies for them would no doubt agree.

Whereas many vehicle modifiers don’t think beyond the normal route of shelling out on a commercial unit, this is the sort of imagination – and willingness to get your hands dirty – that marks out a good budget builder. An element of luck helps too, and here someone was definitely smiling on Jack when he arrived home with his new wheels and tyres in place.

‘My next-door neighbour was admiring the tyres, and I said my next purchase was going to be a winch. And he looked at me and said “a winch?” And then he said “come with me”, and there sitting on his doorstep was a winch – which he gave me for free!'

An early Warn 8274, the winch had first seen service in defence of the realm. ‘It was in a steel frame that came off the front of an army Defender, so it was all green. Needless to say I had to strip it down and clean it out. A lot of people have commented that it sits a long way back on the Discovery, but basically it just bolted up and sat well in out of the way.

‘The cage it’s in is welded on to the chassis at different points. At the front crossmember, there’s an L-bracket that was actually bolted up to the army Land Rover, and it fitted up pretty well – a few modifications, and it was welded straight up to the chassis.’

Jack trimmed the front bumper with a stilsaw so that it would fit around the winch, which sits just in front of the radiator. ‘I‘ve tried to keep it looking like a standard Discovery, rather than giving it a big winch bumper. I was quite chuffed that everybody thought it was good, because I just stuck the winch in a hole!’

A second heavy-duty battery went in to help provide juice for the 8274, which was initially wired up so that just this new unit was powering it. The results were less than satisfactory, though, as the winch battery kept draining, so both now work together when the need arises. They’re joined up using a set of cables Jack brought back from a rather special holiday in Florida…

‘I went on my honeymoon and came back with bits for the car!’ he says proudly.

Behind the winch is a standard 200Tdi engine which has, in the four years Jack has owned it, been through two head gaskets, needed a head skim and lunched its timing belt. ‘All the pushrods were bent into an S-shape,’ he recalls. ‘So I  proceeded to straighten them with a concrete block and a hammer, and they’ve been in there ever since – two and a half years, no problems whatsoever. Breeze block, tap them with a hammer… the block actually moulds itself into the shape of the rods!’

The only modification to the engine is its snorkel, which was made from a bit of leftover plastic pipe found on a building site. The five-speed manual box hasn’t given any problems (this is a Discovery from before the days of the R380), though it’s been out after the clutch disintegrated. Jack took the chance to split off the transfer case and renew all the oil seals at the same time, as ‘there were little drops of oil everywhere.’ And then of course there’s the handbrake, which is ‘a major headache. New shoes, adjust it again – it’s never-ending.’

Axles, too, are standard. ‘It’s been more of a fun car than spending megabucks.’ Rather than lashing out on expensive goodies, Jack hands over money when parts are needed to keep the basics as they should be. ‘It’s had new swivels at the front, and a new steering box. I haven’t come across any problems with anything wearing with the size of tyres that’s on it. Even the tyres themselves – they’ve been on it for about a year and they’ve worn by about a quarter of an inch, which isn’t bad when you look at what they cost.’

All the same, the budget part of the project is now coming to an end. Coincidentally, so has a home extension that’s taken up most of Jack’s money for the last while (what money doesn’t get converted into CO2 by his Subaru Impreza, at least) – meaning that having made it to the top of the learning curve, he’s about to start enjoying the view.

Plans for the coming year include a roll cage, which he’ll make himself out of something akin to scaffold. It’ll run down through the dash to the floor, so as to leave the maximum possible space for getting in and out, and will be entirely internal. ‘I’m a great believer in keeping the look of a Discovery, rather than distorting it with bars and so on.’

Not that there’s any danger this vehicle will remain even slightly as the factory intended when his next plan comes to fruition. Because he’s been back to America to order up a set of 35x14.50R15 Super Swamper Boggers.

How do you fit 35-inchers under a Discovery? With more lift, that’s how. Jack’s brother has just fitted a kit to his Range Rover which puts a two-inch booster plate under the springs, dropping the shock mounts at the same time, and he reckons the same idea might go with the existing suspension on the Discovery to create a four-inch hike. If that’s still not enough, he’s confident of getting another two inches of lift out of the body mounts, and cut-away arches and modified doors will ensure that not even these monsters of tyres will foul the bodywork.

At this point, the Disco will also be treated to some further work that was put on hold around the time it gained its unusual yellow colour scheme. ‘It is actually a Land Rover colour,’ he says. ‘I’m quite patriotic, so I can assure you that it’s going to have a big red lion rampant on it!’

Turning one project into another is something many people shy away from, but Jack has a view on these things that suggests a commendably old-school approach to Land Rovers. ‘People have told me I’d be better off getting a new one, that I should swap my bits or sell it and go at it again. But I think I must be a Land Rover freak, because I’m a great believer in the age of the car, and hanging on to it, because it’s a damn good old car, and there’s no point in replacing it with an M or an N or a P-reg one that’s going to be a duffer. I know what I’ve got, I know what it’s capable of, and if it’s going to need a wee bit of work here and there somewhere down the line, well so be it.’

Hear hear. Even when what started as a budget build is about to move away into the realms of serious money, one very good lesson to learn is that if you look after the pennies, the pounds will look after themselves. ‘It looks more than it probably is,’ says Jack. ‘It’s basically been done on a low budget, but we’ve learned from it. And now we can step forward and make it something else.’