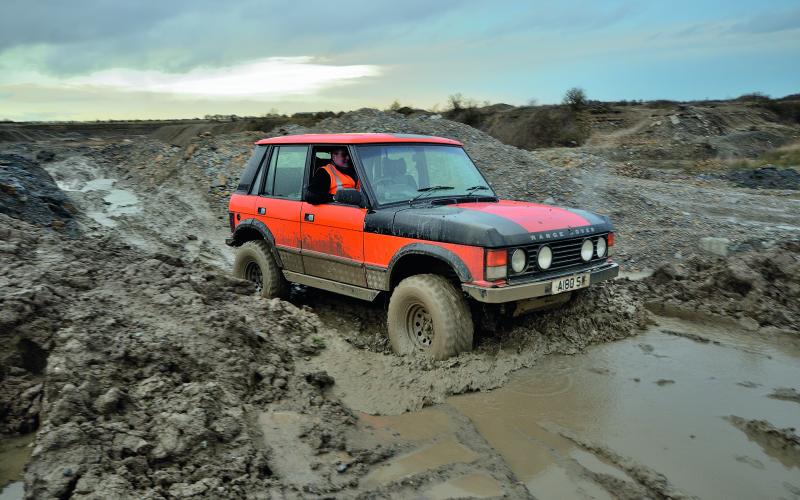 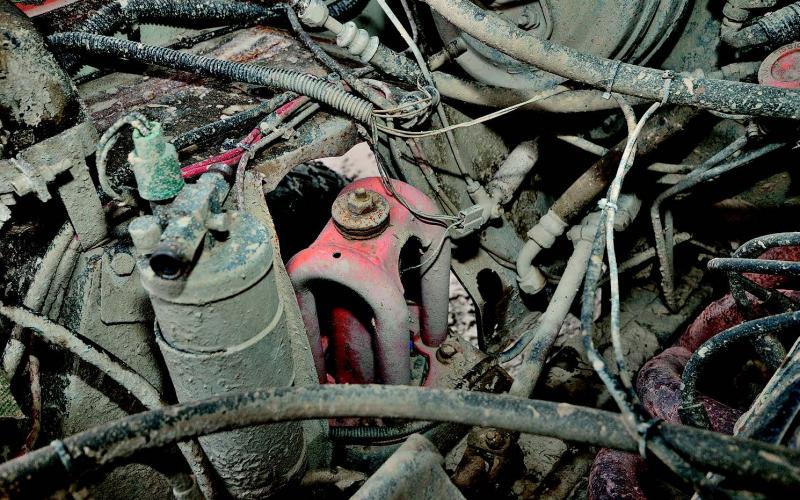 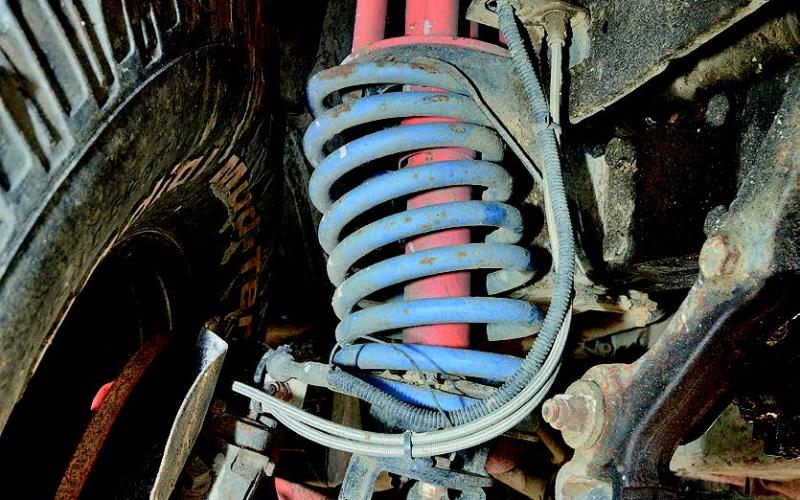 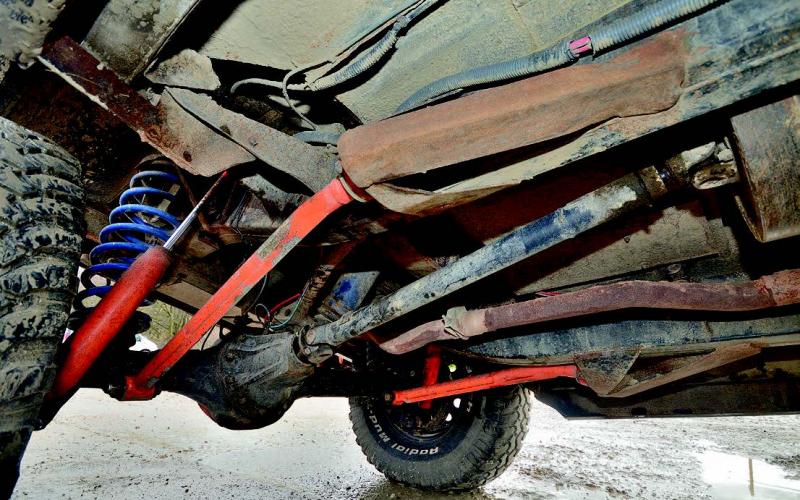 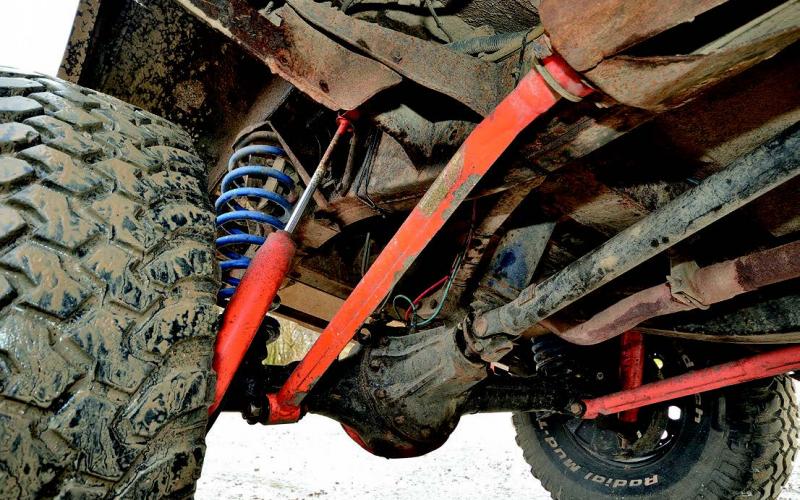 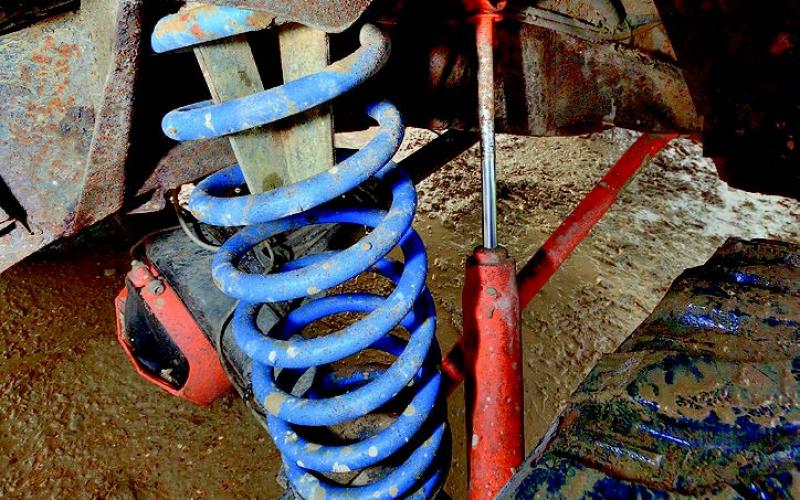 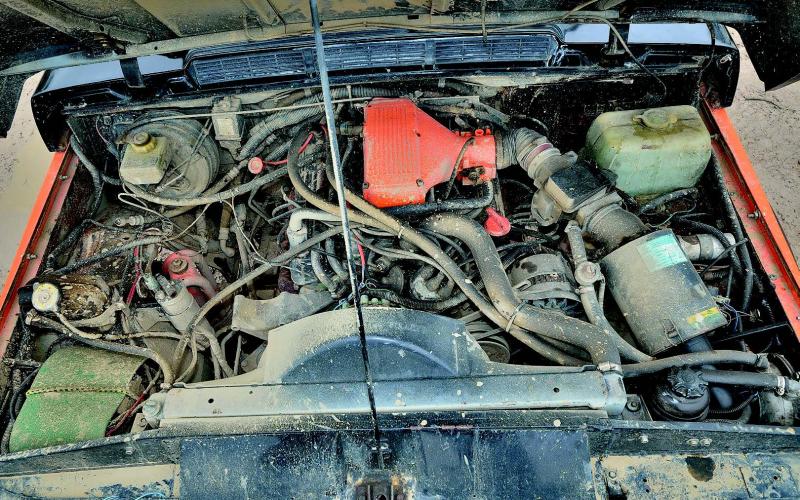 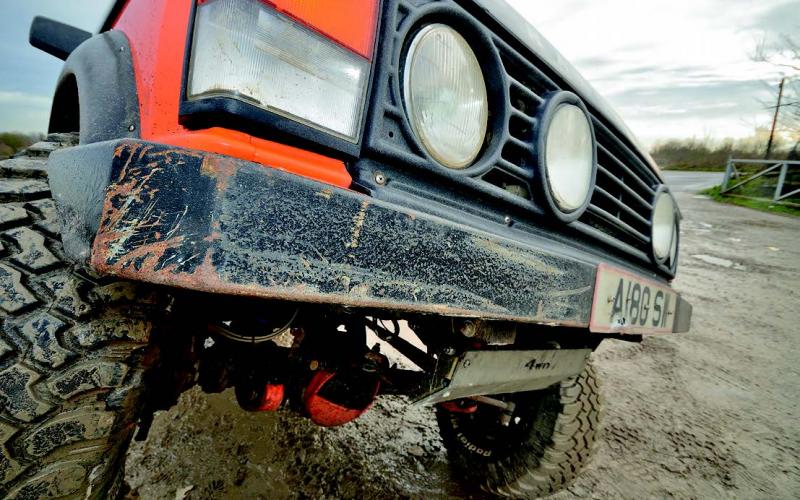 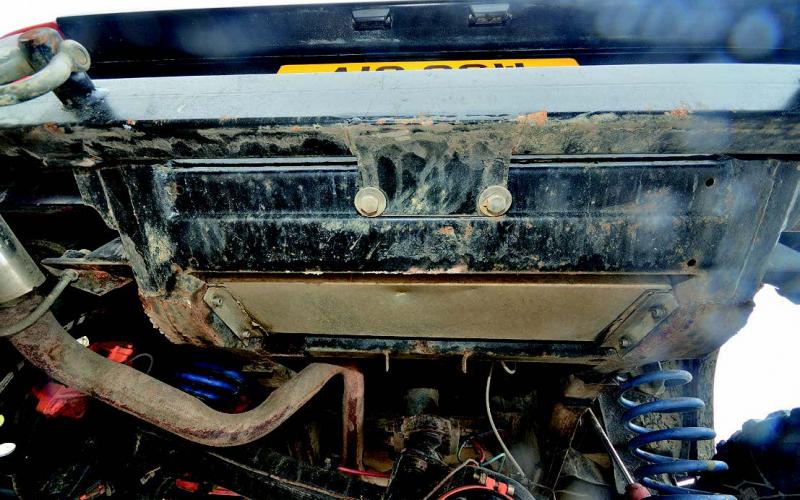 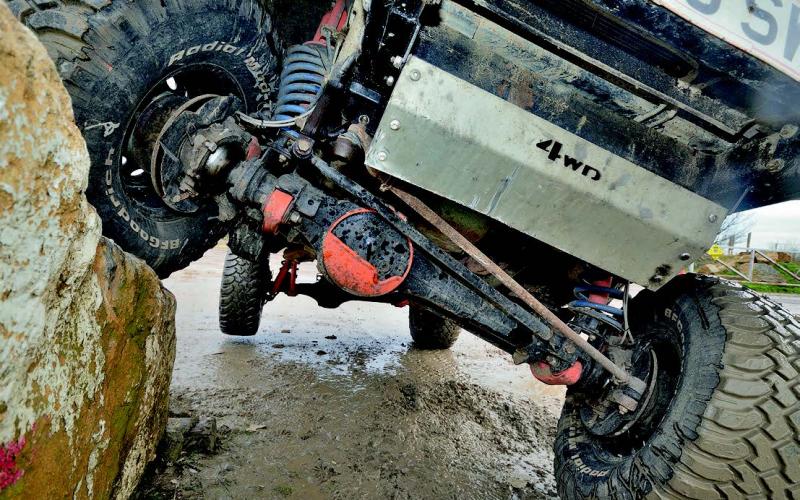 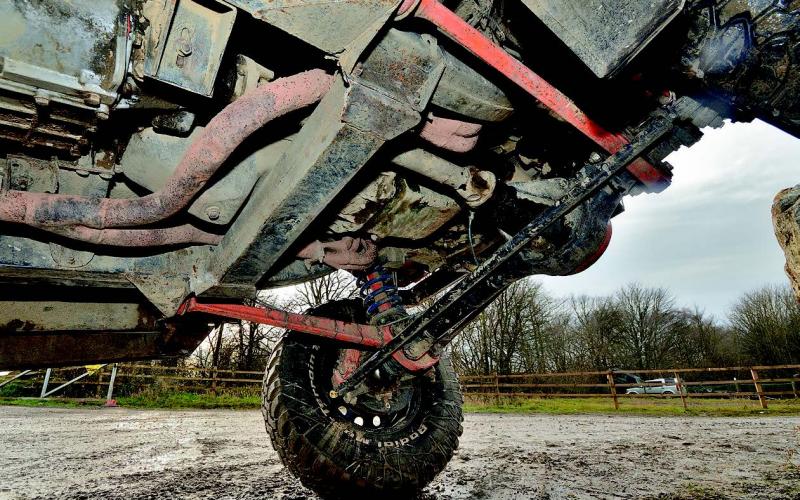 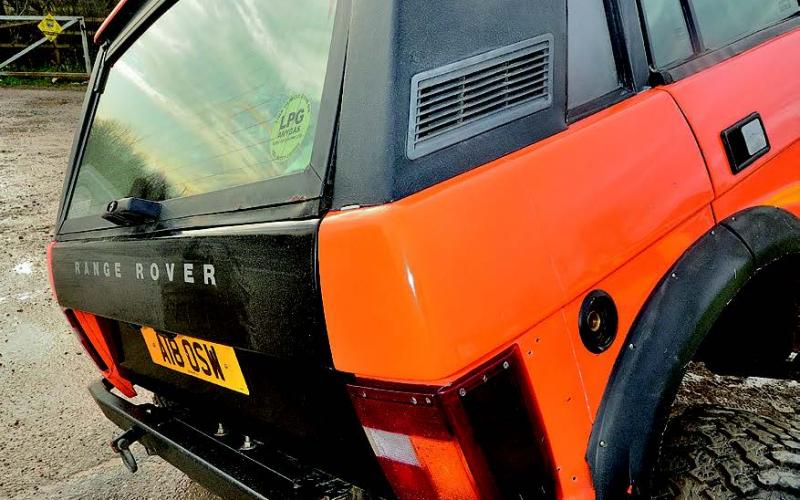 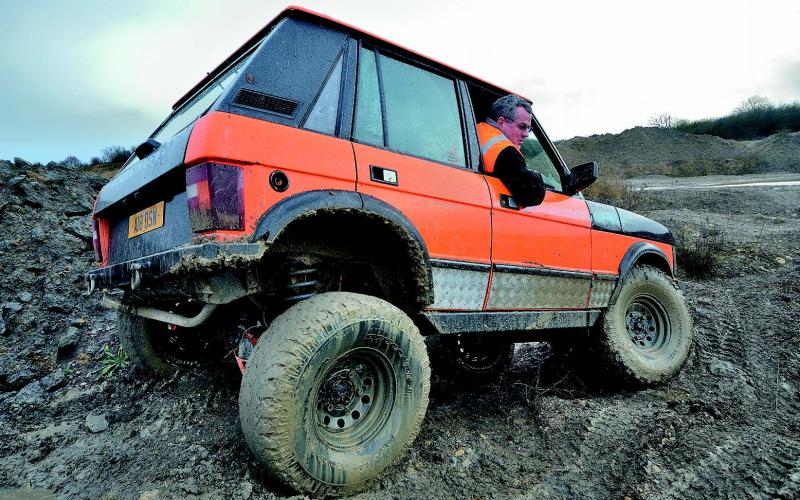 There’s a lot of bobtailed 4x4s in the world – but not all of them look as pretty from close up as they do from a distance. When Sean Robb took on a crashed Range Rover with a view to turning it into an off-road hero, he was horrified by some of the dodgy efforts he saw going about – and decided to build one that would show the world how the job ought to be done

We’ve run articles on all sorts of different bobtails in the past. Discoverys, 110s, Land Cruisers, Hi-Luxes, L200s – if it’s got four-wheel drive and an over-ample backside, someone somewhere will have nipped it and tucked it.

But of course, the overwhelming grandaddy of the bobbing game is the Mark 1 Range Rover. This is where the idea started, and it’s still the case today that by far the majority of bob-jobs performed in the UK have been on age-worn Rangeys.
What that means, of course, is that by far the majority of bad examples have been Rangeys too. From a distance, a bobtail is pretty much a bobtail, but get closer in and you see some pretty horrific finishes to the line where the body has been cut. And that’s before you look at the welding on the chassis.

Sean Robb, whose sensational hybridised Hi-Lux and Land Cruiser 60 starred in our May issue last year, isn’t in the habit of doing anything badly. He’s a mechanical engineer by trade, and what he can’t do to a car ain’t worth doing.
In addition to the Hi-Lander, as he called it, another example of Sean’s craftsmanship is this properly tidy Range Rover. It doesn’t look much like a write-off, does it?

But that’s how it started. The Range Rover belonged to a friend, who was on his way to Sean’s to get it prepped for its MOT when he pulled out at a junction.

Unfortunately, the brand new Mercedes in front of him didn’t pull out. So instead it was pushed out. And mounted. And by the time it finally arrived at Sean’s, the Rangey was fit only for scrap.

Or was it? With a project in mind, Sean took the smashed-up Rangey off his mate’s hands for £200. ‘I wanted to build a bobtail that looked the way I think they should,’ he says. ‘I’d seen a lot of them, and there was one really nice one – until you got to the bobtailed end itself. I thought why would you spend all that time and money and then make something that looks like it’s been opened up with a can opener?’
Being a mechanical engineer means Sean is no stranger to either design or manufacture. So he built… a workshop. ‘I built a nice, big workshop for it to sit in. And there it sat… for seven years!’
It’s good not to do things in a rush.

Finally, one day he was at a loose end. So he started sketching out a plan on the rear windows, and next thing he knew he was cutting metal. Using a ruler and white marker pen, he measured the job at 508mm.

‘I went round it drilling out the factory welds and measuring forward from every point. I found that if you take 508mm out of everything, all the original lines match up – except for the roof, where the curve at the back is 2” lower than the point 508mm further forward. So I had to make a section to fill that in and match it up, but I managed to get it so that the two sections of the tailgate open and shut perfectly.’ An improvement on most Range Rovers that haven’t even been bobtailed, then.

He also left an extra inch of metal when measuring up, which he folded down to make a seam after making the cuts. ‘It’s quite easy,’ he remarks. ‘Better than trying to weld or pop-rivet it.’

The shortened chassis was finished off with a new crossmember, and in went a small petrol tank; the vehicle had already been LPG converted, so this just needed to contain enough for starting. In went a new floor, inner and outer sills and front inner wings – as well, of course, as the necessary repairs to the crumpled front end Sean’s mate had given it all those years ago.
‘When I started to strip it,’ says Sean, ‘it had previous damage. The front chassis leg on the passenger’s side had filler in it. As I looked into it more and more, I could see the damage here and there.’

Definitely a case for a full rebuild, then. The front slam panel (rems of) were replaced with one from an early four-door and, wherever he could do it, Sean welded it up using stainless steel. On the wing tops, the steel and aluminium originals were remade in 2x2” ally, and stainless fixings were used throughout.

Elsewhere, the axles were rebuilt using 28-spline shafts and ARB diff-locks. They’re still attached using the same geometry, but Sean fabricated new mounts for the rear radius arms after bending one of them forward by a couple of inches. How do you even DO that? ‘Coming backwards down a hill at about 30mph and one wheel hitting a concrete block,’ he explains, which might make your bottom twitch a little.
So too might the history of what’s gone on beneath the bonnet. The first V8 lasted all of seven minutes, though Sean managed to get an entire RTV out of it by doing the whole event at 4000rpm. ‘That was just to keep the oil light from coming on. And it only takes 4psi to make it go out…’

The next engine managed 6-7 hours, which was enough for Sean to decide he’d had enough of this. So in went an ABRO-built Army V8, modded with new rocker covers and front pulleys and fitted with the EFi system from engine number two. This is what’s in there now, with the LPG keeping it sensible as a road-going vehicle – which it very much is.

Keeping a bobtail as your daily drive is a bit of a mission in most cases, especially if you also want it to be a four-seater, but this is an example which you feel could carry it off quite comfortably. It’s an incredibly sound example of a modded Classic by any standards, but it’s got something so many bobtails lack – a sense of real workmanship.

Make no mistake, this is a serious off-roader. But unlike all too many of that breed, it’s a well finished everyday car too. Definitely something to aspire to. ‘I like things to be just so,’ concludes Sean. ‘If you’re going to do it, do it right.’ Wise words, whatever you drive.