Starting at the top 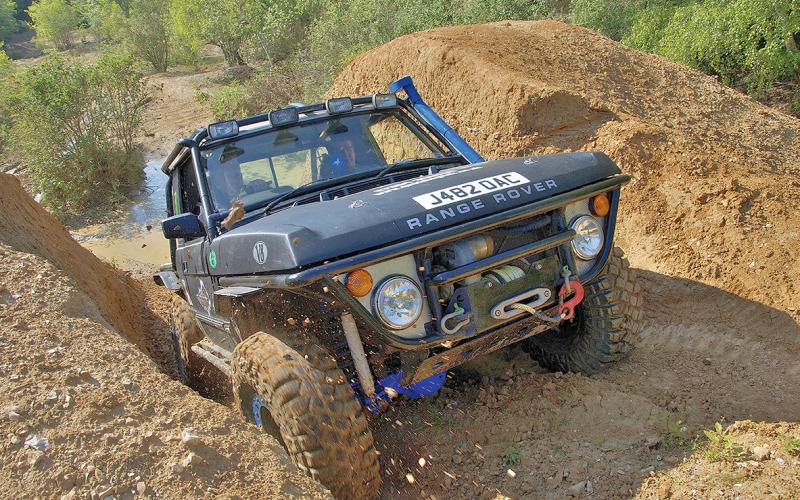 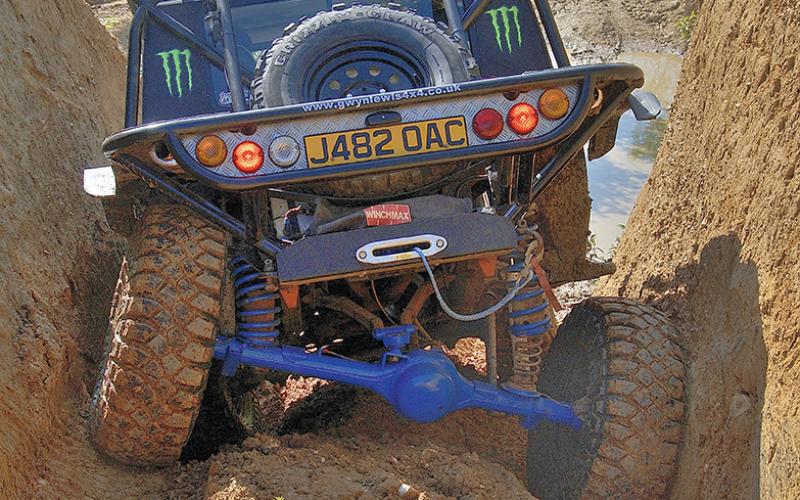 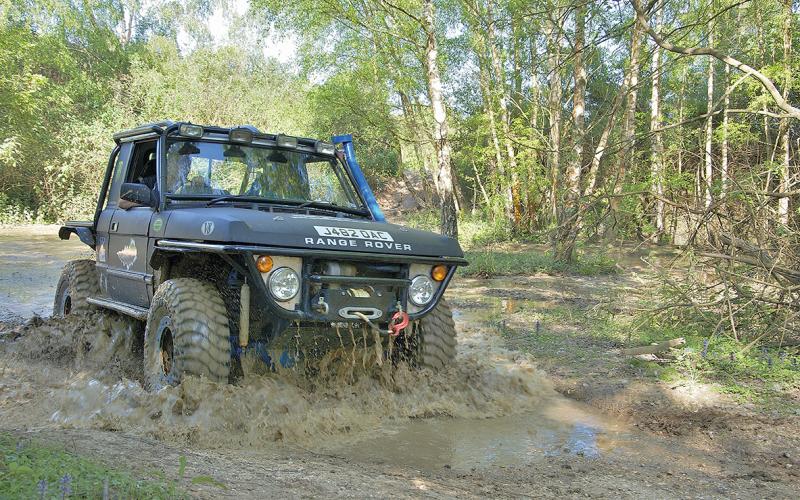 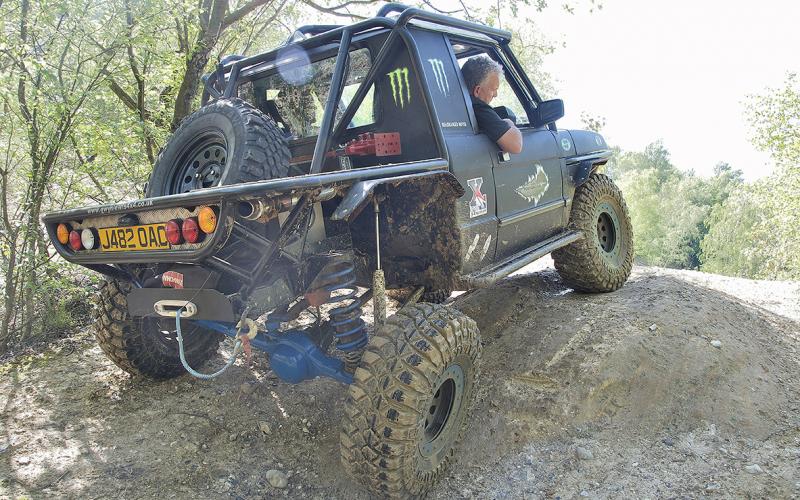 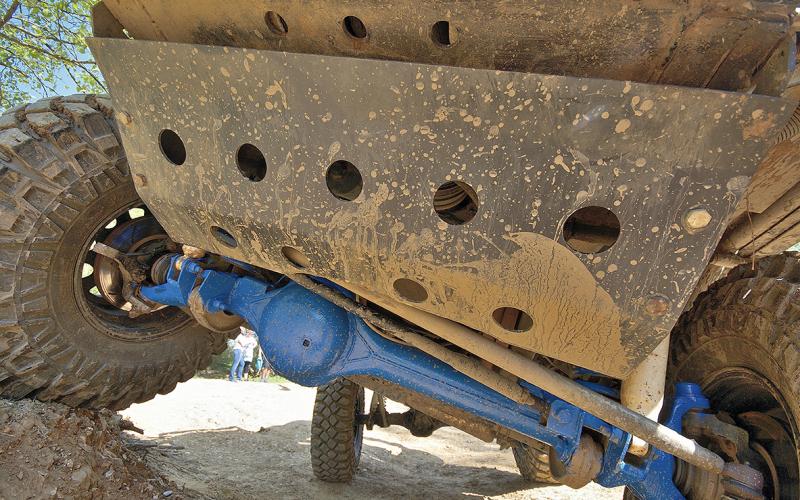 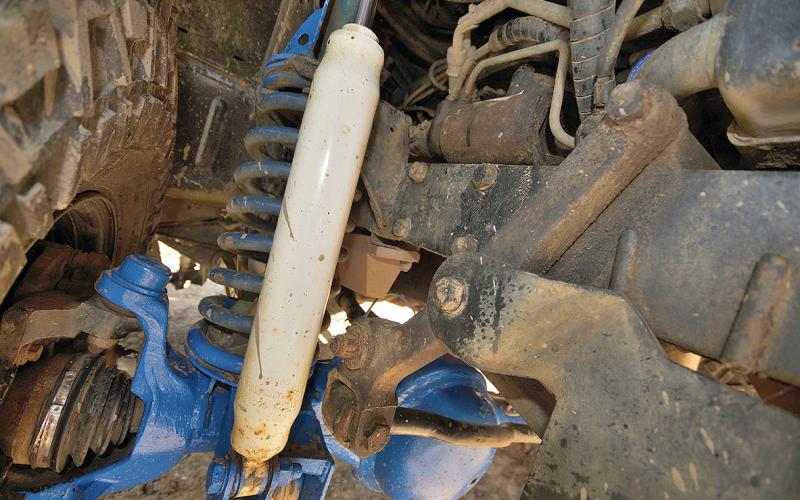 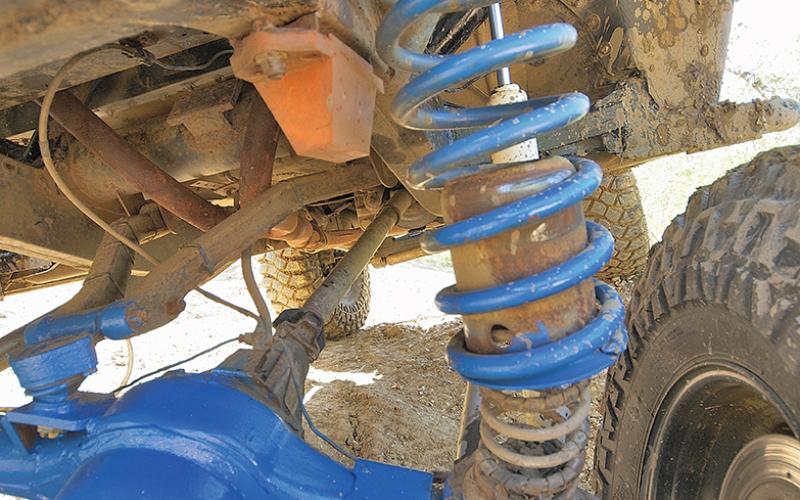 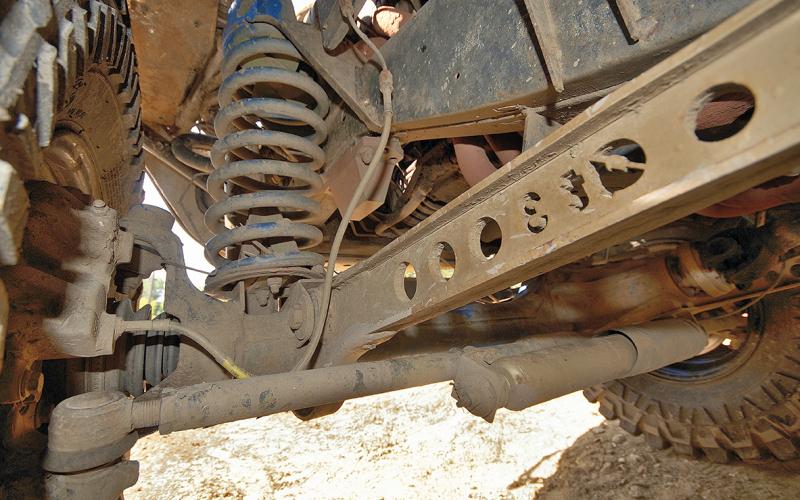 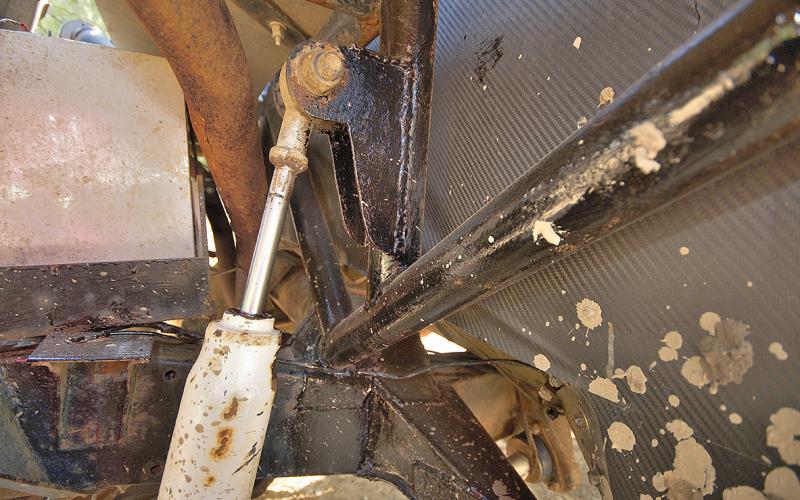 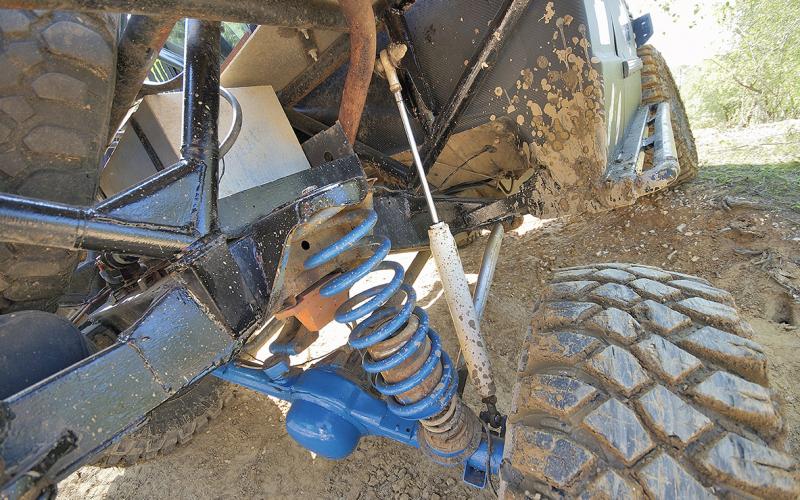 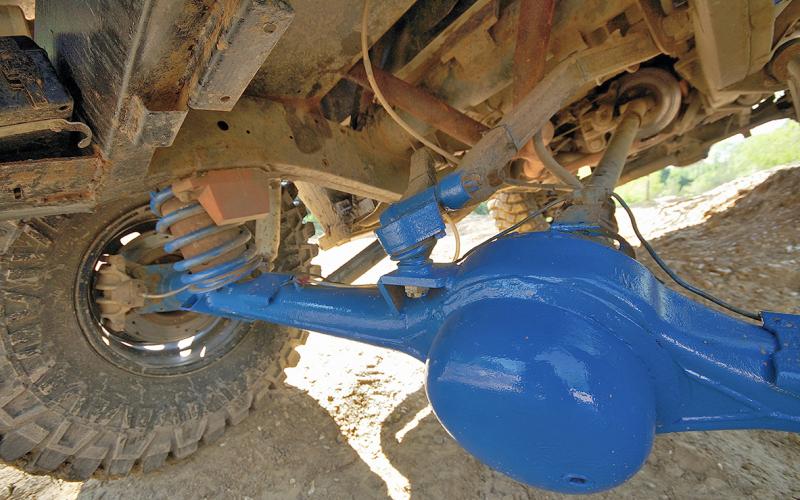 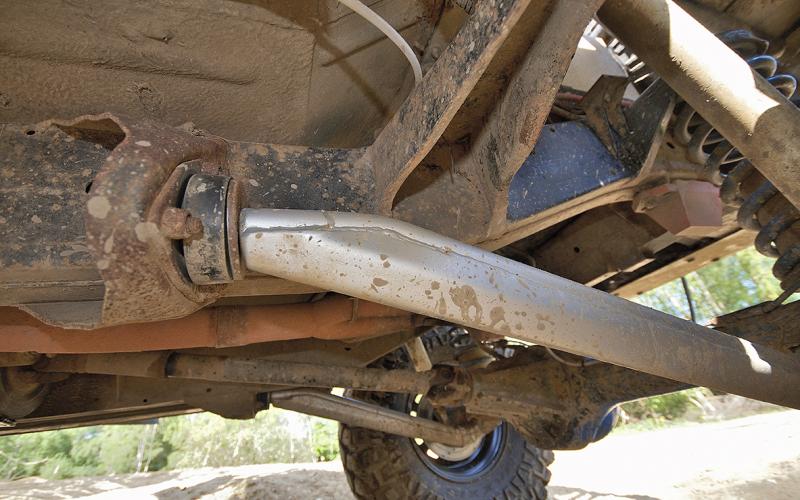 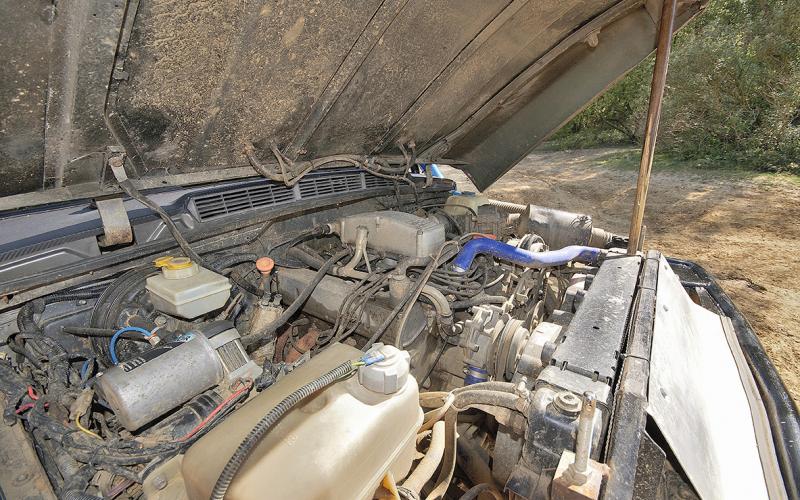 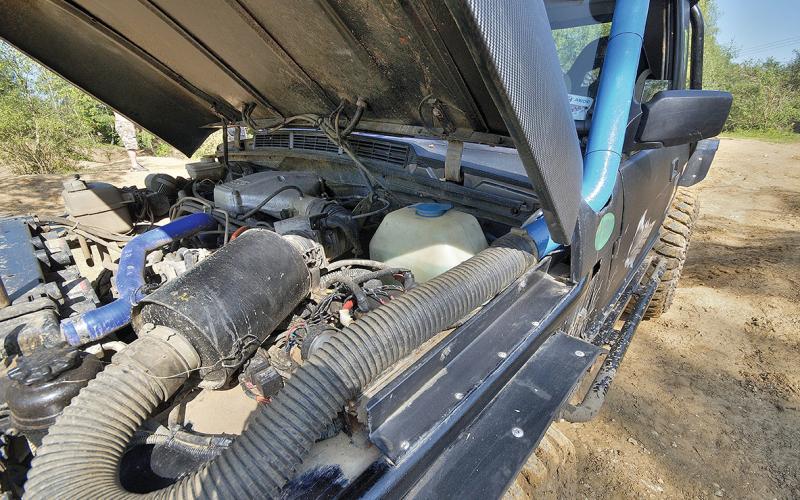 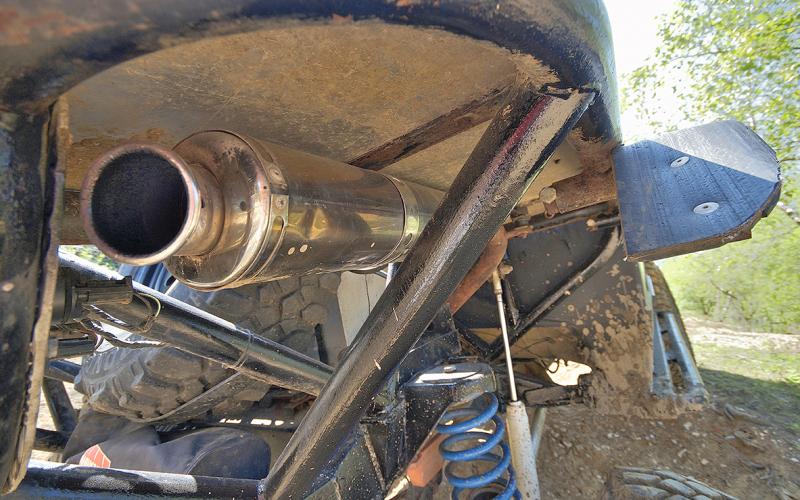 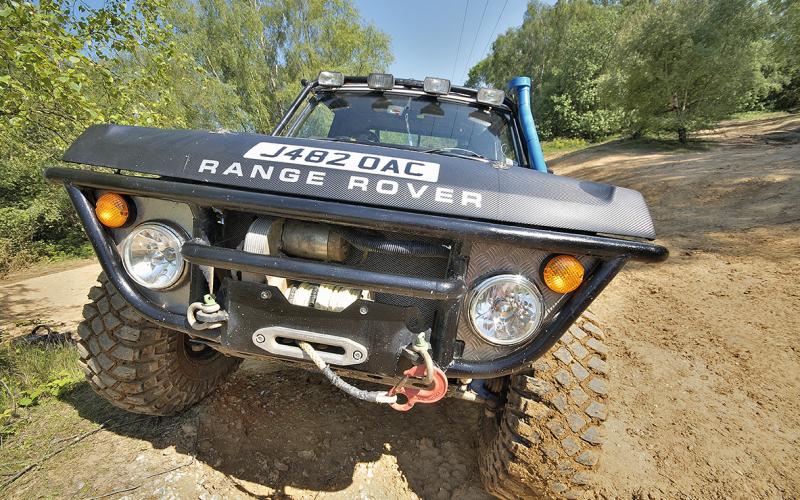 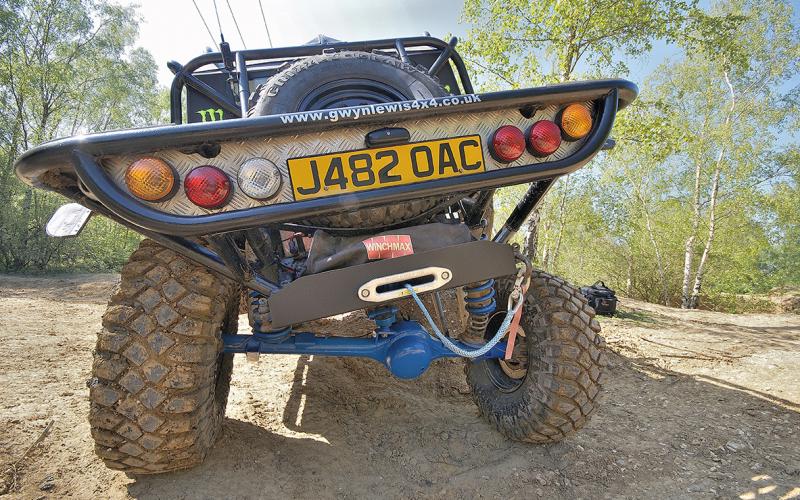 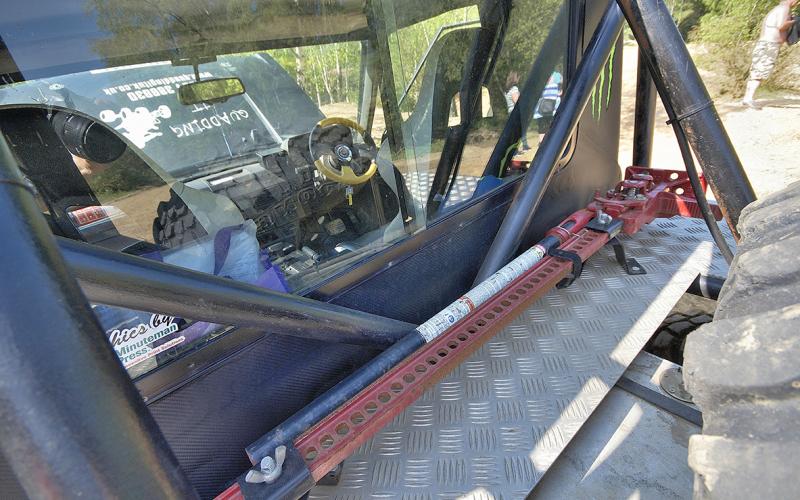 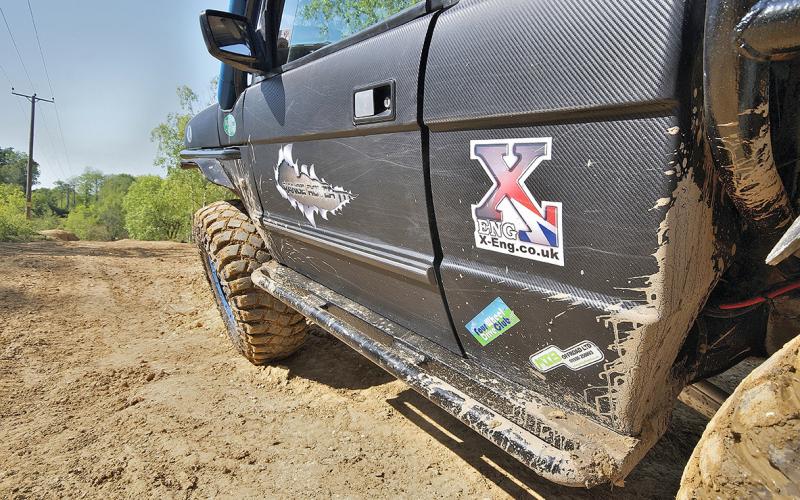 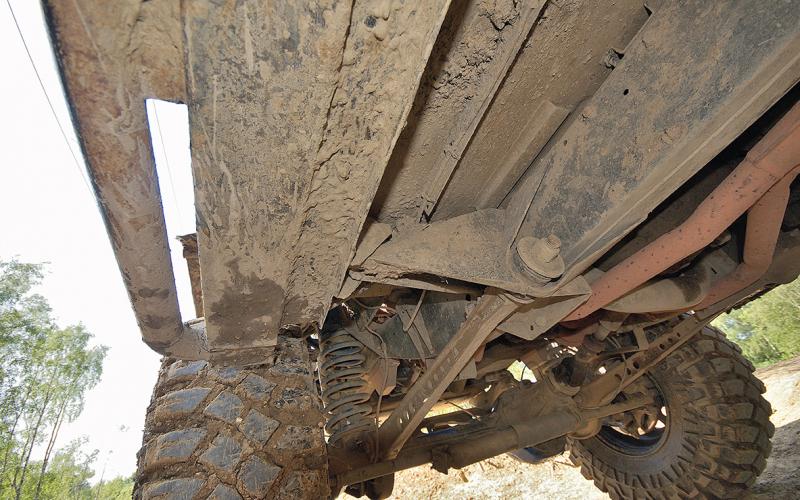 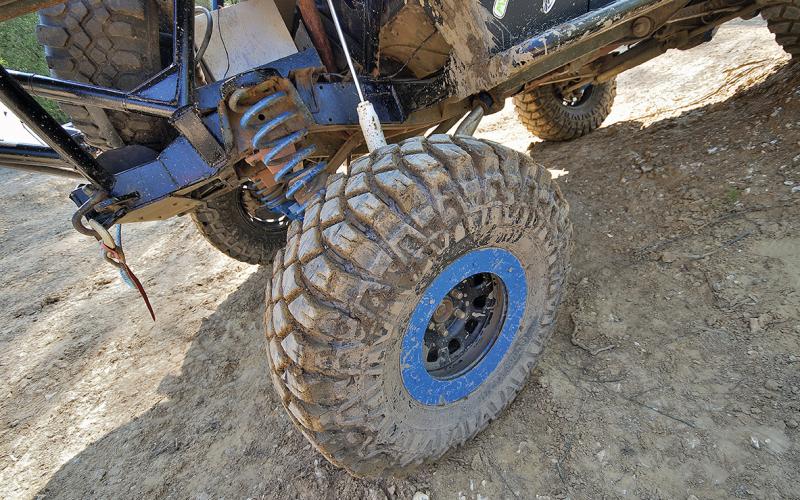 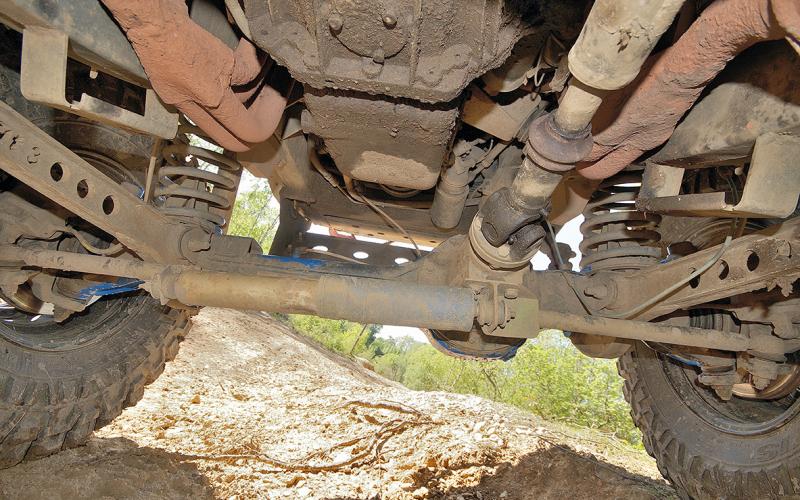 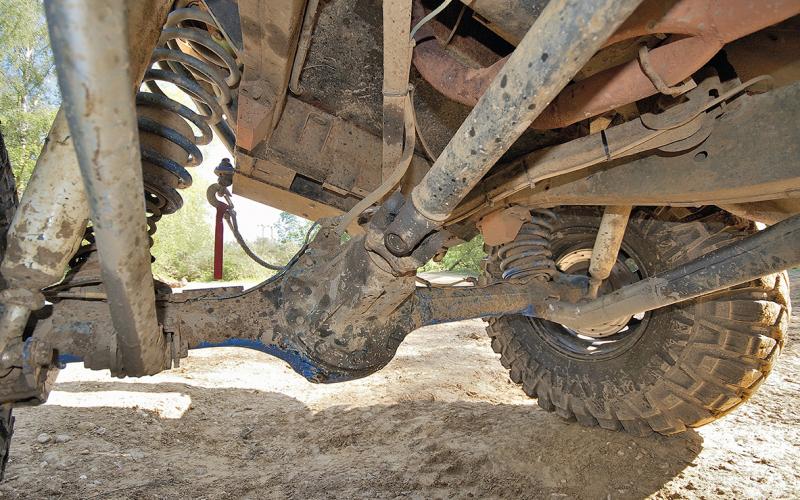 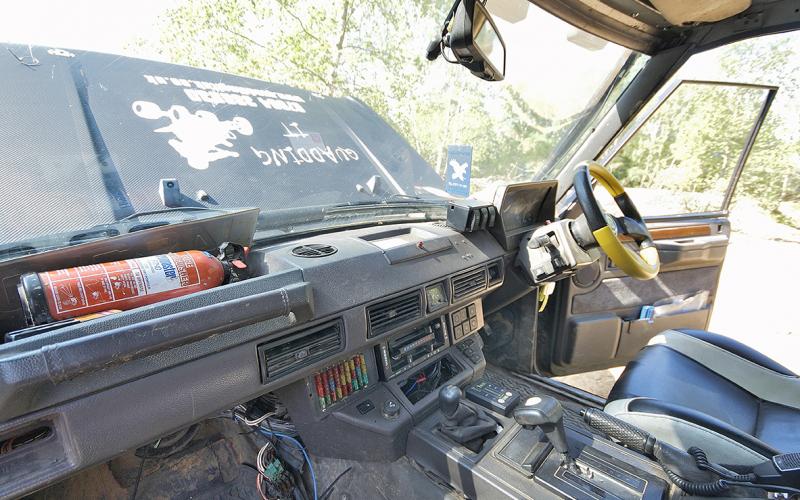 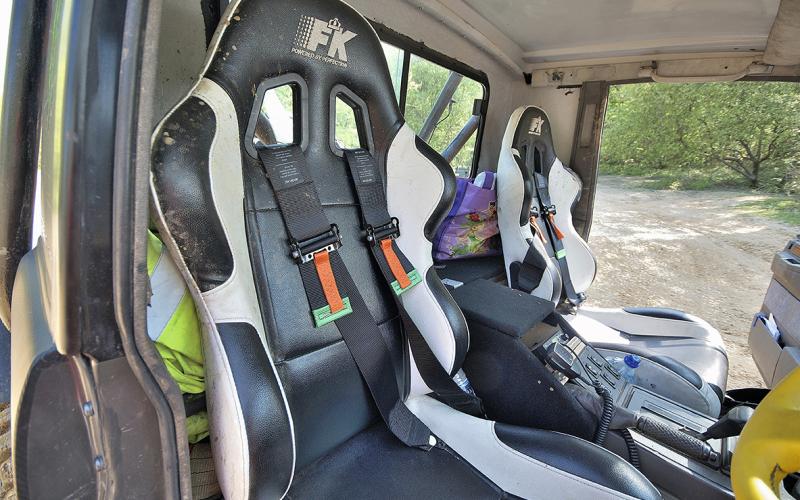 Steve Whiting has only been into off-roading for a couple of years.  But in that time, he's built a Range Rover most people would be happy to call the result of their life's work.  Well, as he puts it, he needed a hobby...

The Range Rover Classic is a very iconic image. It stands tall, with purpose and majesty, an elder statesman of the 4x4 world that exudes… well, a touch of class. You see restored ones, dog-eared ones, modified ones: whatever state they’re in, however well used and hard-worked, the original Rangey remains unique, distinctive and majestic.

But if this stock image of the Range Rover Classic is at one end of the spectrum, what we have here comes from the opposite end. They’re light years apart, of course – though one is just as impressive as the other.

Steve Whiting is the owner of this very non-stock Classic. Straight away, you know this isn’t the type of vehicle one would take to a local woodland with some of the chaps for a spot of pheasant shooting. It looks a lot more like something you’d see in the middle of a paintball battle – which is very apt, because Steve has owned a paintball business himself for the last 14 years.

You might assume that the Rangey has seen the odd sortie itself, cruising up the high street while Steve’s mates hang out the back like bandits firing brightly coloured balls of paint at passers-by. It’s a nice image, right enough, but actually he just takes it to pay-and-play days and has fun off-roading instead.

‘I’ve owned this Range Rover for two years and it has taken all of that time to get to this stage,’ says Steve. ‘I went for a Classic Ranger for the build quality, but mainly for the shape of the vehicle and it also because it has much more room than a Defender.’

While Slindon Safari isn’t a particularly small place, Steve’s Classic did its very best to try and dwarf even the most challenging sections and with its 37” Creepy Crawlers, it sure made its mark. The V8 engine lazily purring away under load as it crawls up the slopes is one truly enjoyable soundtrack, and a symphony that is aided by the fact Steve uses two motorcycle exhausts to enhance the throbbing tones.

‘One of my favourite bits about this truck has to be the shape, and the fact that there aren’t really many places it won’t go. I generally use it for pay and play days, Slindon, Boxgrove, Aldermaston and Bordon being a few of the sites where I let it off the leash.’

So this truck has a substantial bark to it, and Steve is happy to voice his opinions as well on how he thinks a modded 4x4 should be. What started as a bobtail has been turned into a trayback, which he likes because ‘it makes it usable.’ He’s even been known to carry his friends around, sat neatly to either side of the spare wheel, though most playday site marshals would explode if they saw him doing it.

We don’t think they were toting paintball guns at the time, but maybe that’s something for the future. Not that mixing work with pleasure is necessarily what Steve’s about. ‘I think everyone needs a hobby,’ he says. ‘I’ve been off-roading for two years now and I needed a new hobby that didn’t require too much fitness.’

Steve may be greener than some when it comes to off-roading, but he’s always been on the fringes ready to dive in. ‘I had a few Classics years ago and always thought it was good base truck to do something with.’

And do something, he definitely has. ‘This truck is a lot more capable than it used to be. It was bobtailed initially before removing some of the panels, which were getting in the way. We then focused on making the rear cage, followed by the construction of the front cage.

‘I’ve never wanted it to be a money truck, though, otherwise it takes the fun out of it. You could buy everything for it, but it takes away the hands-on approach and the satisfaction of having built it.’

A Classic Rangey, then, that hasn’t had loads of money thrown at it to get to a usable state: I bet you don’t hear that everyday. Part of it is down to sense, though. Steve likes his playdays, but he’ll never abuse the vehicle. ‘You need to drive it home at the end of the day, so you find yourself not pushing it right to the edge. If you do push too far you just end up breaking the truck.’

There are many people to whom a day’s off-roading wouldn’t be complete without a session with the spanners, but at the same time no-one wants to be sat in the middle of Slindon or Boxgrove aboard an undriveable machine while everyone else circles around you like vultures. Especially if you think they’re starting to eye you up for parts…

Steve doesn’t tend to end up that way, though. There’s no such thing as a finished project, as they say, but this Classic owner is rather content with how his truck is at the moment. It’s always nice to have that warm, gooey feeling of sliding into your driving seat and instantly feeling like you’re at home.

‘There are a couple of things I may alter in the future,’ Steve admits. ‘But if you change too much in one area, you risk breaking something on another area of the truck.’ He’s realised, like anyone who knows how to modify, that you can’t just smash on a big lift kit and expect a finished vehicle. It’s a delicate equilibrium, this 4x4 business.

‘When some people see it, they’re not quite sure which bits are original and which bits are not.’ You can’t really blame them to be honest; when a truck is this modified and lots of different components have been moved around, it can be a strain on the eyes in what becomes a game of spot-the-original.

‘The Classic shape and quality of the workmanship is impressive. And I like the way the home-made roll cage follows the body contours – it finishes it off really well.’ Steve does a lot of his own spanner work, but is keen to acknowledge the hard work and efforts of Jonny from JPL Automotive.

‘My boy helps me out now as well, particularly with the heavy lifting these days. One of my best off-roading memories is when we went out for one of the first times and we completely misjudged the size of one “puddle.”’ You can guess…

Beginner’s luck didn’t show itself on that day, but trial and error is definitely part of the fun you get from off-roading. And if you’re going to set about conquering the landscape in any vehicle, why not use an icon like the Classic? Paintball guns an optional extra…

We photographed Steve’s Range Rover at Slindon Safari, run by off-road legend John Morgan, which is just off the A27 in West Sussex. It’s open every month for 4x4s and quads, and is one of the best playday sites anywhere in the UK. Check it out at www.4x4driving.co.uk or call 01903 812195.