Vehicles > Toyota > Grip Without a Trip

Grip Without a Trip 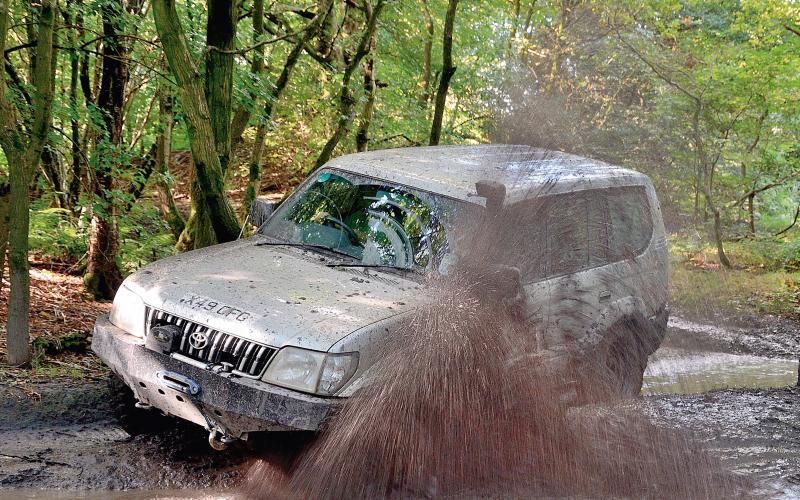 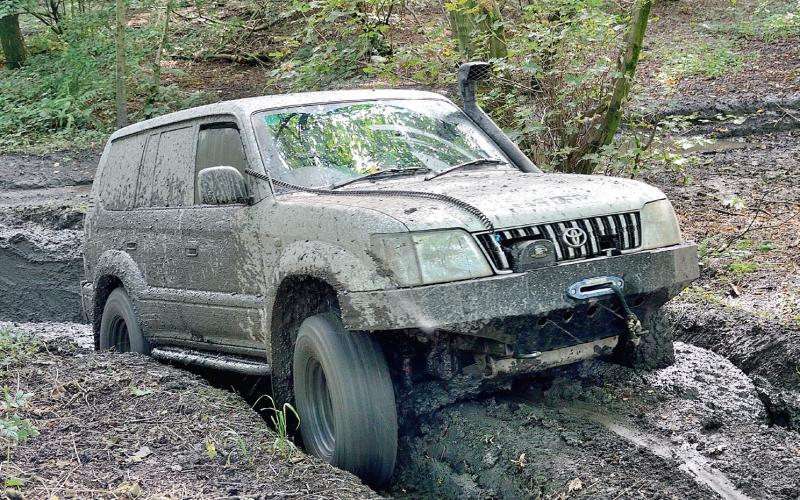 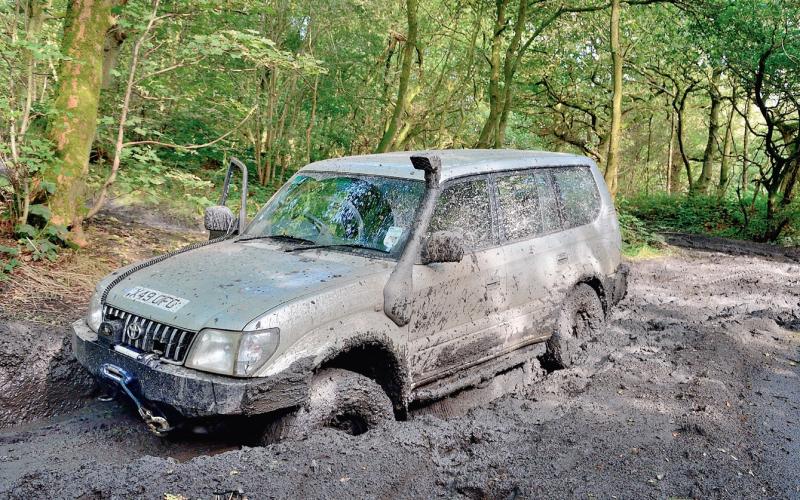 Project Land Cruiser What is it? 2001 Toyota Land Cruiser Colorado 3.0 TD Why are we running it? To see if an old-tech wagon can be modded for weekend laning and still be an economical tow truck and daily driver Mods so far: Vortex exhaust, Pedders suspension, Safari Snorkel, Superwinch Talon, Spanner Monkeys fabricated bumpers and rock sliders, Maxxis Bighorn M/Ts

In last month’s issue, we talked about the way our Colorado’s Superwinch Talon 9.5SR performed during a hard day’s off-roading in the wet woodland of Silverdale. Needless to say, a session like that is going to ask a lot of a vehicle’s tyres, too, so this month it’s our 265/75R16 Maxxis MT-764 Bighorns’ turn under the spotlight.

In a world of Simex and Bogger copies (which are all we’re allowed in Britain, now the real things have been banned by those tremendously well meaning people in Brussels), as well as tyres standing as tall as the average Grand National jockey, the Bighorn’s take on the classic mudterrain pattern is by no means extreme. Neitheris its size, which at about 31.5” tall more or less equates to a fat 7.50.

Remember when a 7.50 SAT was the last word in hardcore tyres for off-road competition? Ah yes, what happy, innocent days those were…

Anyway, the point is that next to the enormously hardcore rubber you see on big-time off-roaders now (and on an increasing, and everso slightly disturbing, number of everyday lane runners and playday machines), the Bighorn is a relatively modest choice. A very good one, though – as we’d already found on the lanes, as well as the roads linking them together, and that’s been further confirmed by their performance in proper mud.

Parts of Silverdale are very good at holding water. At the tail end of summer, we arrived wondering how much of a test our tyres were really going to get, but it didn’t take long to find out that everything was going to be okay.

The Land Cruiser actually put on a sterling display of effort at getting out under its own steam. The Bighorns we’ve got on it are only one size up from standard on the Colorado, so there wasn’t a great deal of extra height beneath its axles, but it didn’t let itself ground out to the point where there wasn’t enough traction to keep on shifting itself back and forth. It’s just that by now it was trapped in a pit whose entry and exit slopes were too much for anything to climb without the sort of momentum it takes a serious run-up (and lack of brain) to achieve.

Would we have made it out on Simexes? Maybe – but it looked a lot to us like the pit we were in had been created by people giving it some on the loud pedal with just such tyres, so no more than that.

We managed to get stuck again shortly after winching our way out of that one, this time by perching the Cruiser on its chassis while crossing a crest at 45 degrees and pausing to pull a showy rooster for the camera. Pride comes before a fall, and all that. This time, ground clearance definitely did run out on us – with one back wheel pressed very firmly to the ground, even our standard rear diff-lock wasn’t enough to get us moving.

In the first situation, my money would have been on the Bighorns to pull us through with 10psi less at each corner. In the second, that wouldn’t have helped as we’d simply have been grounded out more heavily than ever – and as it was, no amount of traction was going to change the laws of physics.

And what of the Bighorns’ performance in general woodland conditions? Really, really good, actually. In these circumstances, you want a tyre that won’t go sideways at a moment’s provocation, and the old-school tread pattern, combined with heavy-set shoulders, provide plenty of reassuring stability. Again, that’s at road-going pressures.

The tread self-cleans very ably, too, so you don’t end up with four large slick balls of mud rotating pointlessly on the ends of your axles unless you drive into the sort of conditions which mean that frankly, you deserve it. Which is exactly what we had already done by now, of course.

Anyway, we found that these tyres grip very well when you’re clawing your way around on torque alone, kind of like cogwheels in the ground, and when you need to spin them to get up a slithery hill they resist the urge to show you what they think of you by going sideways towards the nearest tree.

They’re also very civilised on the road, where their grip is as good as anything else in the mud-terrain category and noise levels on the motorway barely rise above what you’d expect in a standard vehicle of the same type. Talking of the motorway, this is normally where your mud bashing antics come back to bite you on the way home when your wheels shake like crazy thanks to all the mud throwing them out of balance – but for whatever reason, this simply didn’t happen on the Bighorns.

We did get a very slow puncture which developed over the next few days, however. We put it down to some sort of foreign object getting forced under the tyre’s bead, allowing a tiny amount of air to escape above a certain pressure, and sure enough it was cured by a good clean up and remounting the tyre on the rim, so no dramas there either.

When a tyre comes on as strong as the Bighorn, with its look-at-me tread and enormous raised white lettering, you sort of expect it to be all fur coat and no knickers. But this is actually a tough, dependable, no-nonsense kind of fitment that’s right at home on an everyday lane wagon like the Cruiser. We had high expectations when we mounted up our first ever set of Maxxis rubber – yet the Bighorns have surpassed them in every way.

The Bighorns put up a brave fight against ending up looking like four great big smooth balls of mud. Even though we had by now given up on driving out of the ruts in this picture, the Land Cruiser was still able to get a long way in either direction – once spun up, the tyres spat the mud out instantly, and in normal woodland conditions they self-clean very competently to prevent this kind of thing from happening in the first place