Vehicles > Land Rover > A Short In The Dark

A Short In The Dark 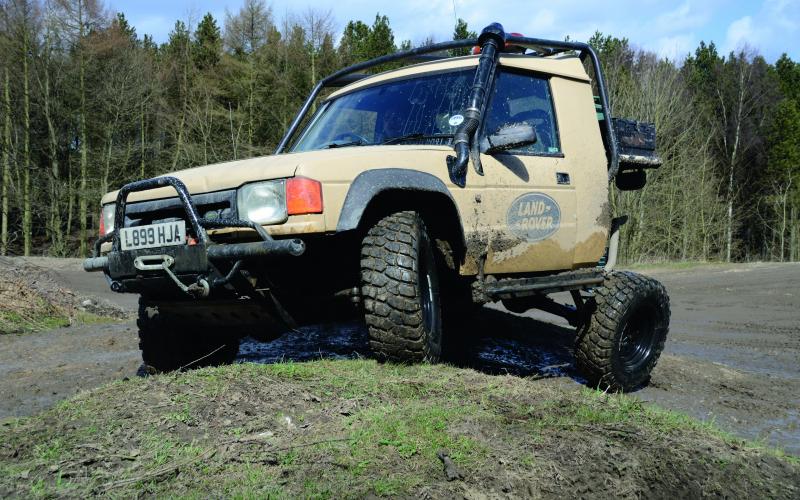 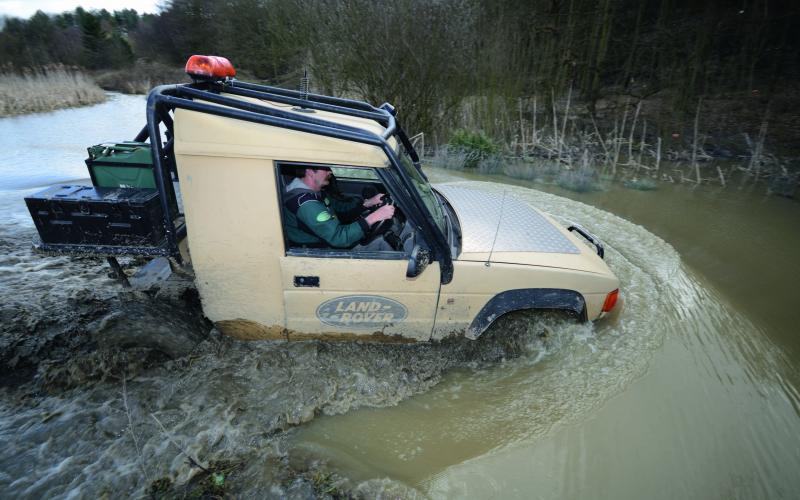 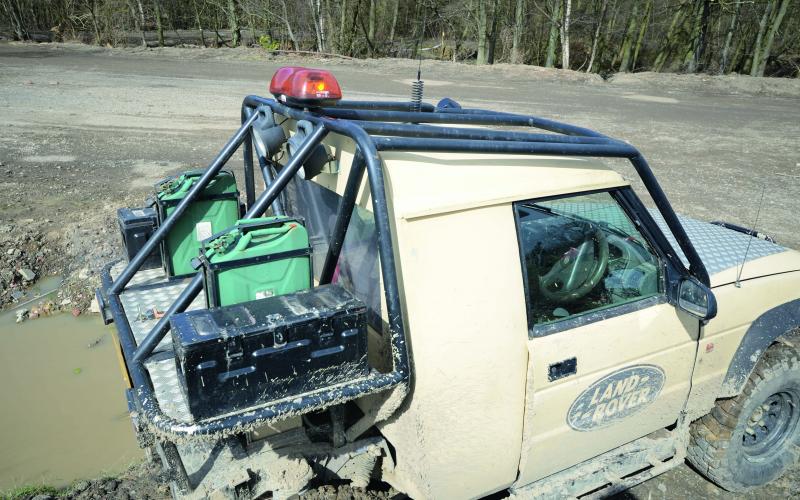 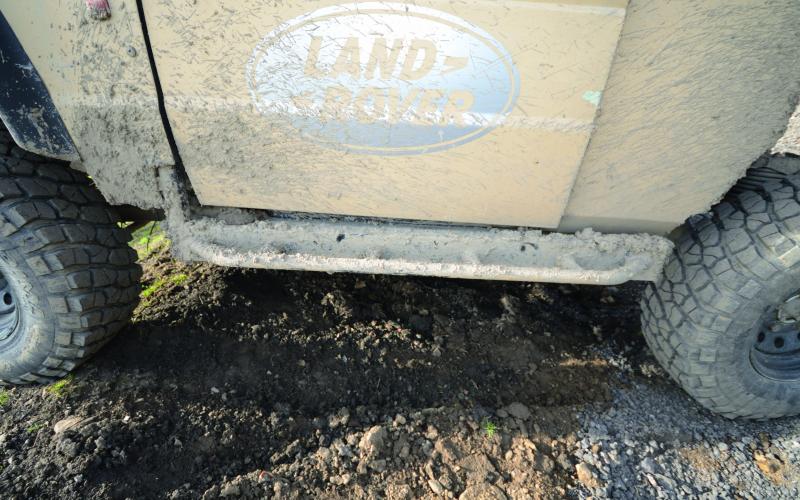 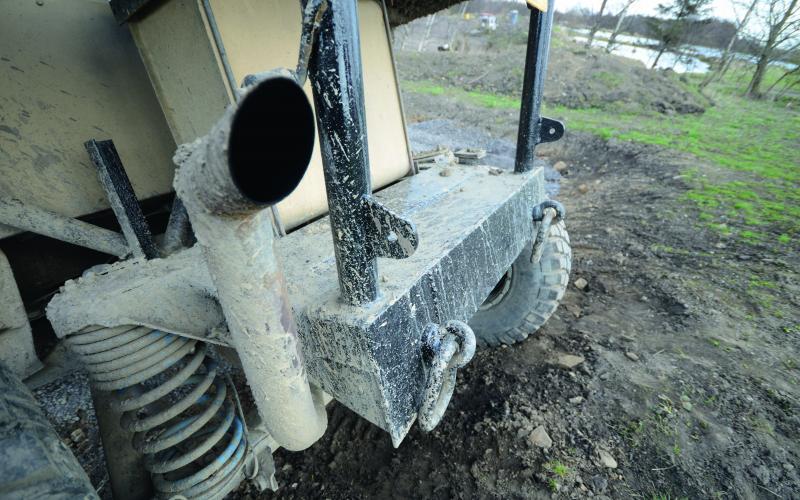 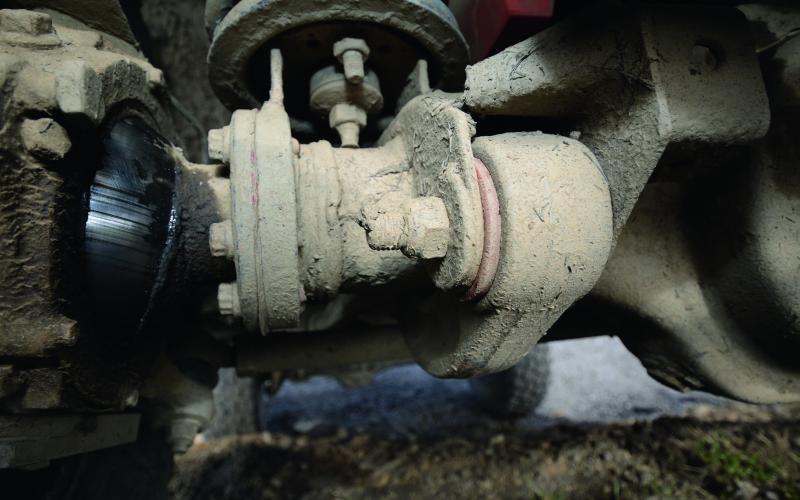 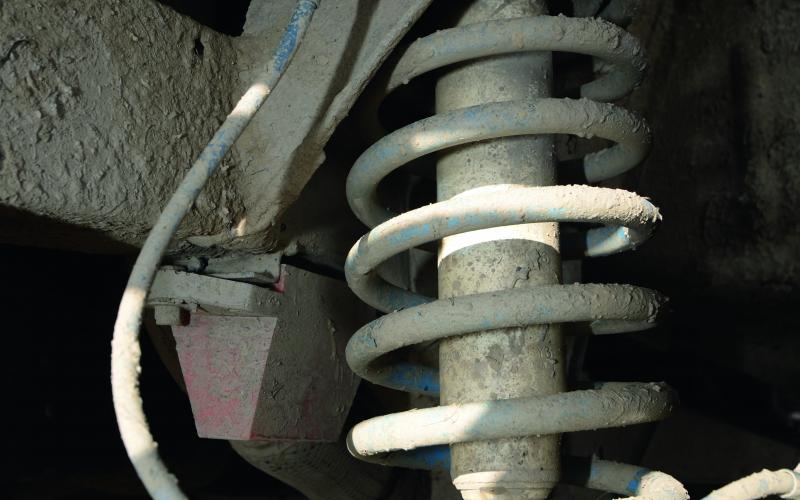 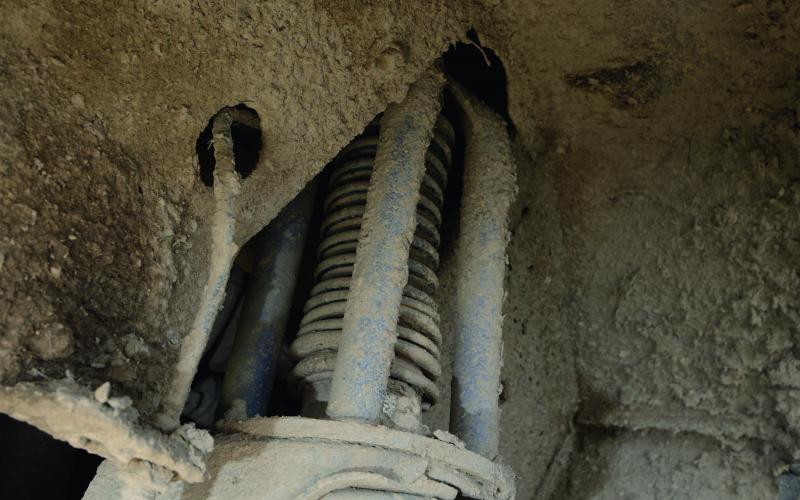 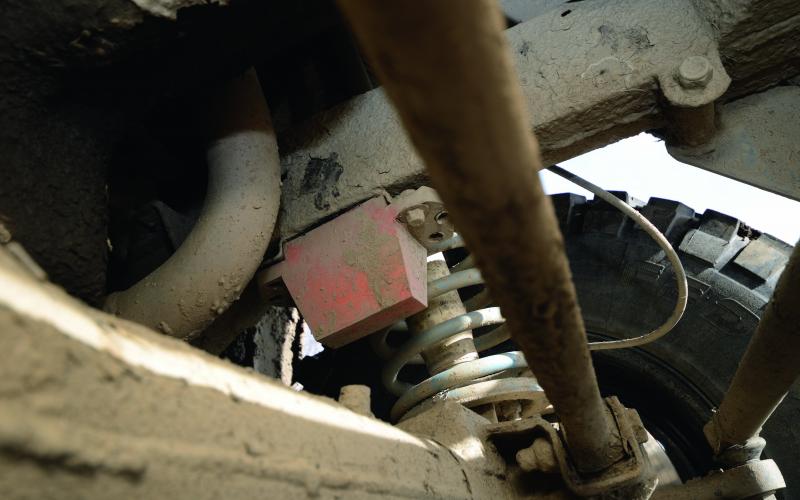 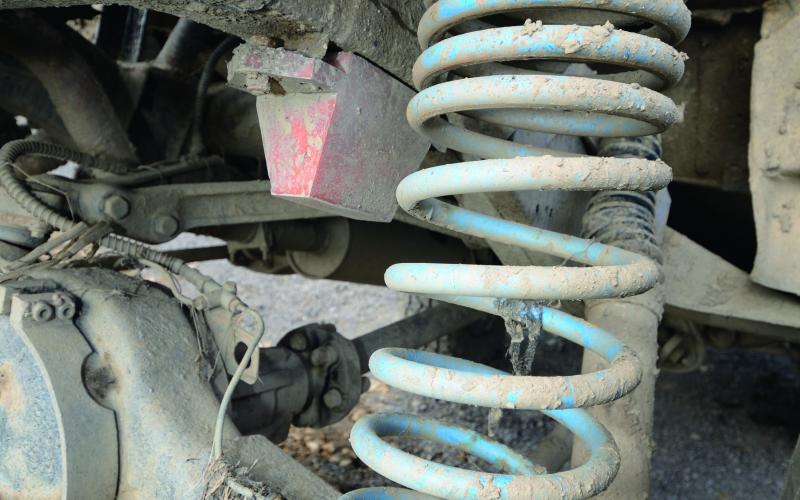 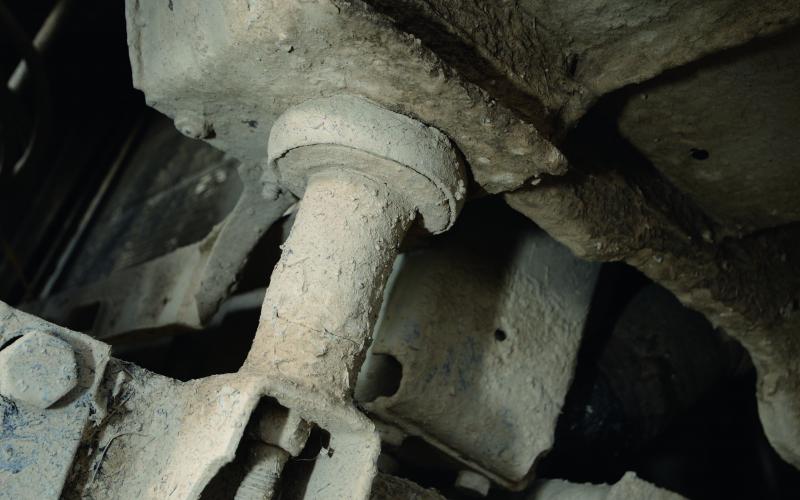 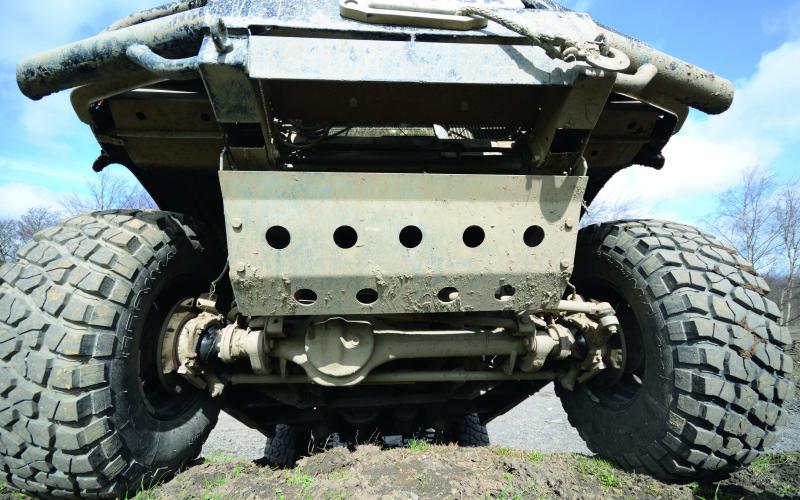 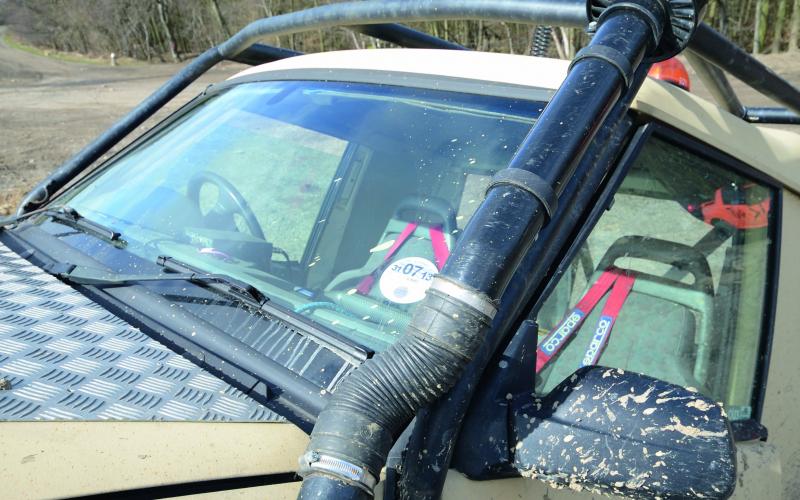 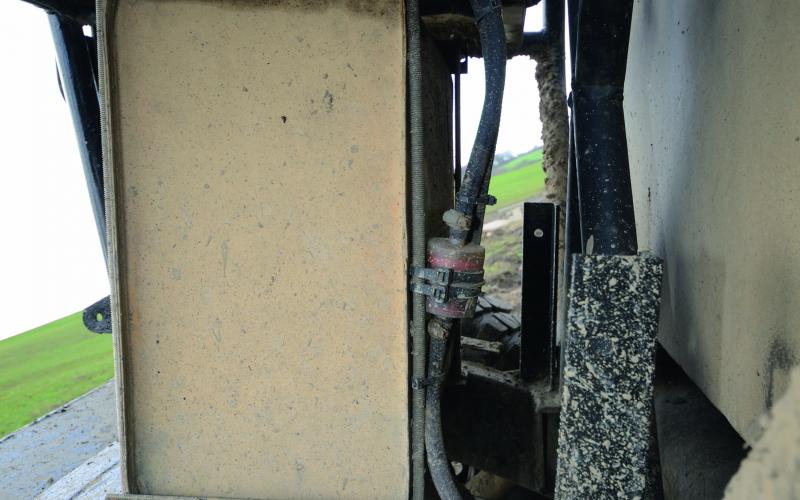 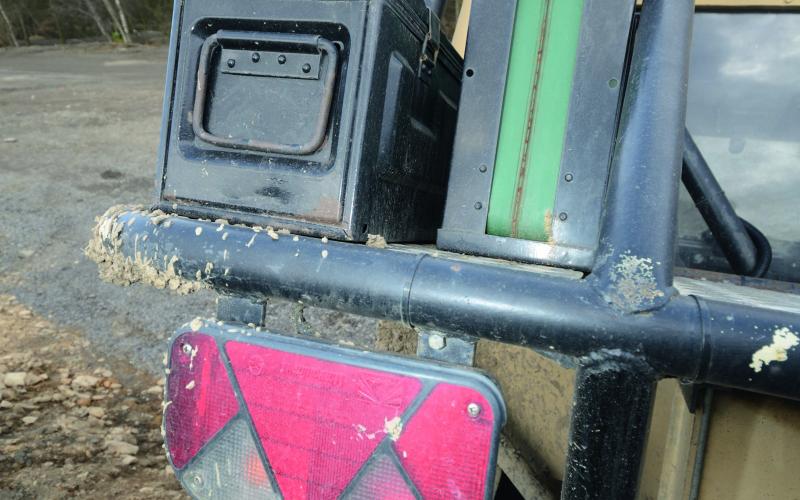 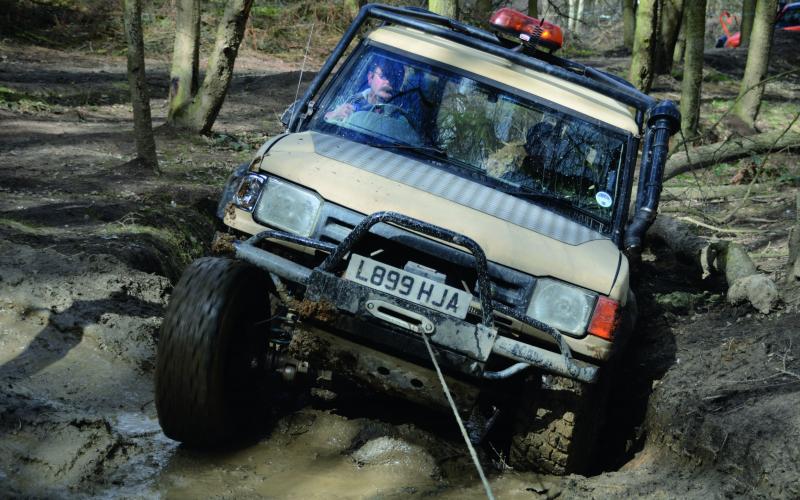 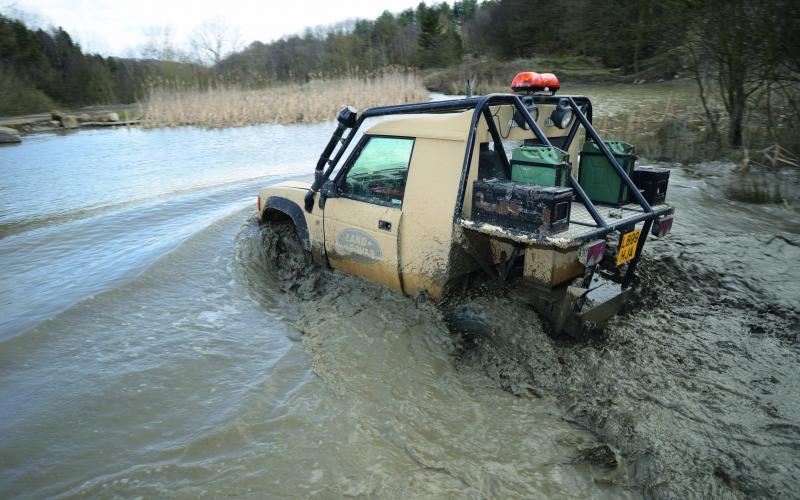 Steve Taylor’s Discovery spends a lot of time on the road in the dead of night. But the local police have long since stopped checking him out – after all, nobody who was up to mischief would do it in a caged, lifted trayback with an 82” wheelbase, would they?

People who do regular night shifts are pretty used to being pulled over by the police on their way to and from work. If you drive about a lot when most law abiding people are in bed (and most ne’er do wells are going about their villainous deeds), you’re going to get a lot of attention. It’s reassuring, in a strange kind of way, even if it gives you the raging hump at the time.

Steve Taylor just thinks it’s funny. Running the staff canteen for a major industrial employer means he’s basically nocturnal, so the cops round his way see plenty of him on the road at funny times of night. And the truck they see him in is an eyeball-grabber all the way round the clock, let alone in the wee small hours.

Steve actually owns a number of vehicles. It’s a bit unclear how many, in fact, but some have two wheels and some have four. ‘My front garden is a car park,’ he says. Not everything in his life is designed to go off-road, but it says a great deal about him that his everyday sensible car is… a Mazda MX-5. ‘I like to be a bit different,’ he says. ‘People start off thinking I’m mad, but eventually they realise I’m just eccentric!’

Does driving to work regularly in an 82” Discovery trayback count as mad or eccentric, then? Discuss. But Steve also owns a modified Suzuki X90, and earlier this year he did a round-trip of about 600 miles in it to pick up the latest bike he’d bought. Through blizzards and then deep floods, if you don’t mind (‘my trailer was completely underwater at one point’), and straight off the back of a night’s work, meaning he hadn’t slept in 24 hours by the time he got home. Compared to that, smoking around in the remaining 82% of a Disco actually seems like quite normal behaviour.

Not that this is just the world’s least suitable commuter car, of course. You don’t take an axe to a Disco without a reason, and by the time Steve bought it he’d been off-roading for 15 years.

You can own a lot of trucks in that time, which is just what he did. ‘You name it,’ he says. ‘Lada Nivas, SJs, Nissan Patrols, all kinds of Discos, Series IIIs… Always lifted, most with winches, some with cages.’

It was one of those Discos that paved the way for the trayback, in the shape of a lifted (natch) TD5. Steve did the same as most people who have one of these but don’t want to be driven insane, and replaced the rear air springs with coils, but despite this he was forever catching the tail on drop-offs. Says something about the sort of drop-offs he was nailing, you might say. ‘I do like to go a bit extreme now and again,’ he admits. ‘I’m getting worse as I get older!’

Something else he’s happy to confess to is letting other people do the tricky stuff in the workshop. Describing himself as a ‘cabbage mechanic,’ he’s as practically minded as the next man, but his skills were learned in the kitchen and when it comes to his hobby, he’s happy just to drive – and winch, too, you’d have to assume, because he’s a regular marshal at Tong.

Talking of winches, that’s one of the things Steve added after buying the Disco a year and a half ago. It had been built by a chap called Matthew who’s friends with the Tong marshals, but he needed to raise a bit of cash to pay for his wedding and Steve swooped in.

‘It was basically complete,’ he says. ‘It needed things like a snorkel and winch, then we added the lights, ammo boxes and jerry cans and got it MOT’d. I do the basic spannering myself, but my mate Ian Shillitoe does the serious stuff.’

Talking of basic spannering, what’s in the regular maintenance regime? ‘Bearings and brake pads, obviously. And the rubber doughnut on the rear prop. But to me, that’s just running costs on a truck like this. Oh, I tend to replace a lot of indicator lenses, too!’

The 300Tdi engine gets a service every three months, with the result that Steve can still commend it for its strength rather than regretting the day he decided to go to the pub rather than getting his hands covered in oil. Behind it is a standard R380 gearbox, though he’d like to replace this with an auto. ‘It’s always in the right gear for off-roading,’ he says. ‘As I’m getting older, I’m getting lazier!’

Talking of gearing, here’s an interesting one. The Disco was rolling on 35x12.50s when Steve bought it, but he’s replaced them with 10.50s. ‘Losing two and a half inches on the width of the tyres has improved the driving,’ he says. ‘The gearing is a lot better.’

Eh? Now, we too thought that gearing comes from tyre height, not width. But listen to the man: it drives better. All we can assume is that since the thinner tyres take less turning, the engine is able to rev more easily without the extra weight of the 12.50s (not to mention an extra 8” in total of gnarly rubber clawing at the ground), and when you consider that revving freely was never what you’d call the Tdi’s party trick, the logic does begin to stack up. Anyway, proof of the pudding and all that, and one way or the other he’s happier with tyres about him that are lean.

The original tyres were on offset rims, while the new ones are wrapped around a set of steel modulars mounted on spacers. Up front, they’re kept legal by a set of wheelarch extensions, while at the back the width of the tray was designed to cover them just nicely.

Talking of the tray, this is part of a six-point cage whose rear stays run down to it to meet vertical legs bracing the structure to the back of the chassis rails. These are finished off by a simple crossmember which extends no further than the rails themselves, and ahead of this is a custom tank mounted on a platform beneath the tray. Considering there’s so little vehicle left, there’s a lot of space in it for stuff like this.

Fact is, Steve’s Disco is more standard than it looks. There’s nothing radical going on with its drivetrain or suspension, the winch up front is a budget effort that cost £350 including rope and, aside from the obvious body mods, it’s pretty much just a standard Discovery.

Whether that’s what he told the police first time they hauled him over on the way home from work, we don’t know. But these days, he says, they’re more likely to drop in for a cup of tea on their breaks. You can make up your own mind whether he’s mad driving this thing to work, or just eccentric. But it’s one hell of a talking point either way – and, near-standard or not, there ain’t a whole lot of Discos that can touch what it’ll do off-road.