Vehicles > Land Rover > Something For The Weekend

Something For The Weekend 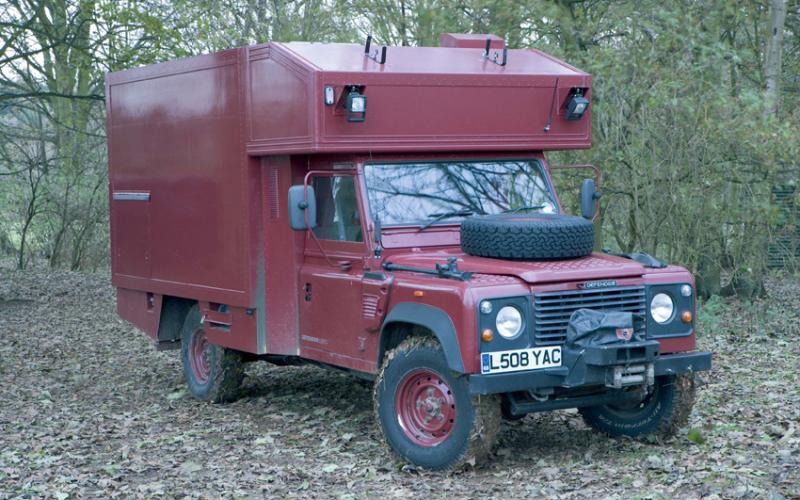 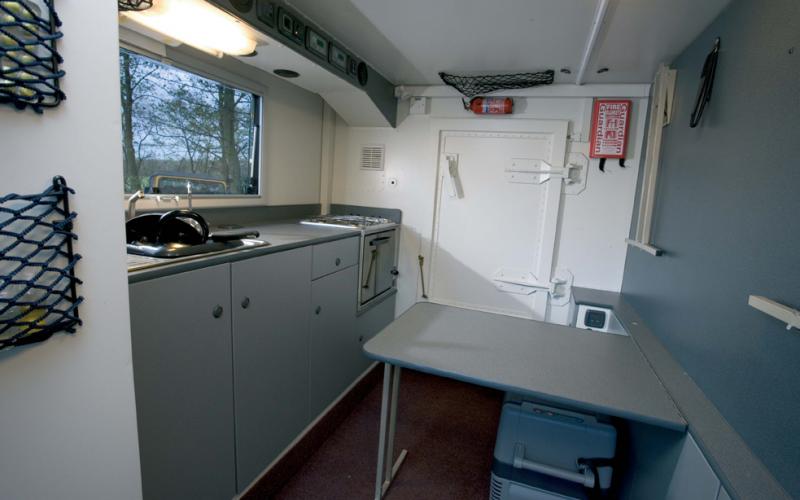 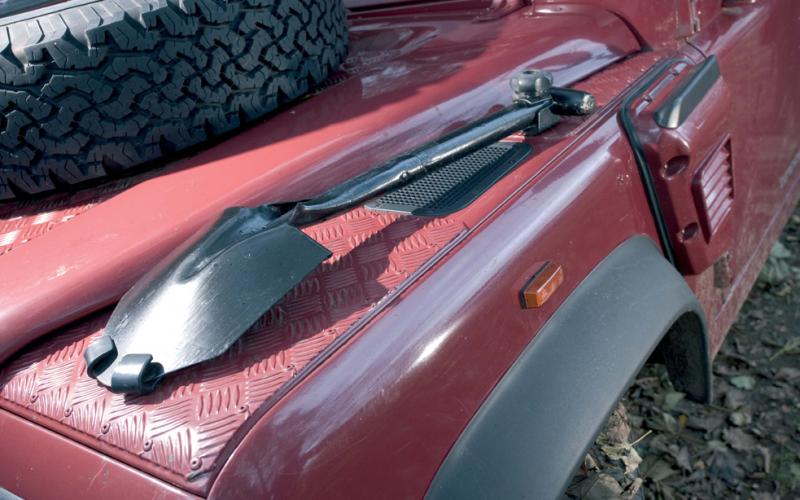 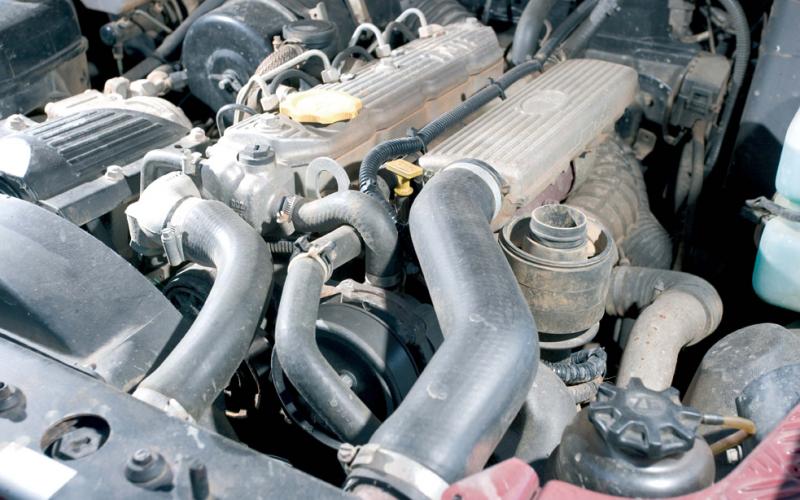 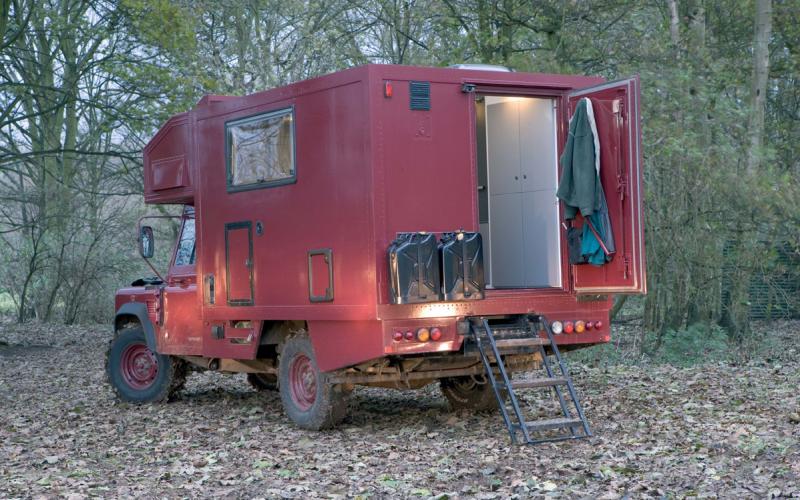 Everyone dreams of having a vehicle that would enable them to set off on an adventure at the merest whim. Ian Daly’s Land Rover 130 camper is just that truck…

For some people, a love of Land Rovers stems from an overwhelming passion for severe off-roading. For others, the enthusiasm results from a deep-seated admiration for no-nonsense working trucks. And for others still, it’s the Solihull legend’s ripeness for modification that makes it so appealing.

There is a further factor in Land Rover fanaticism, however, and it’s rooted in the desire all of us experience every so often to have an adventure. When it comes down to it, most of us have idly entertained the notion of clearing off to watch elephants mate in Africa, or helping kangaroos save children from mineshafts in Australia. I know I have…

This is usually nothing more than a flight of fancy, of course, but if you’ve a Land Rover parked on your driveway it might seem just a little more realistic. After all, you already own the ideal vehicle for such an adventure, so you’re ahead of most of the other dreamers.

In Ian Daly’s case, he’s so ahead of the game that he’s actually lived the dream. Using his Land Rover 130 camper, he’s enjoyed trips throughout Europe and Africa, and is already planning this year’s trip to the Sahara when we meet him on a gloomy winter’s day in Hertfordshire.

‘Overlanding is a great pastime,’ he enthuses, ‘because it offers such a rich experience. My wife can’t stand off-roading in this country, but she loves the long distance stuff where there’s something new to look at every day and a real sense of adventure.’

Like many overlanders, Ian deliberately chose to use a 130 as his base vehicle when he took the decision to build his own camper. He sourced this Wolf-spec truck from a contact he made on the internet. ‘It came with air conditioning and a diesel heater,’ he says, ‘but the rear was just an empty box when I took delivery of it.’

This soon changed, as Ian fitted it out to the same standards as a luxury camper. Because the Wolf is already equipped with a range of performance-enhancing modifications, he was able to focus his attention on the living quarters. It proved an intensive job which took months of solid work, but the results are staggering. A fold-down double bed, copious storage space and a dining table all fit into the rear of the Land Rover, and there’s no feeling that we’re cramped as four of us gather inside for a brew.

Ian was eager to test the 130 in gentler conditions than the desert when the build was first completed, just to make sure everything was functioning as it should. Consequently, he embarked upon a couple of shorter trips – the first to Scotland and the second across to Switzerland. The first journey was not an unmitigated success, because the batteries ran flat as a result of the camper’s complicated electrics. The set-up has subsequently been beefed up, and Ian is pleased he discovered the weakness with the initial arrangement before heading out on a serious overland expedition.

The vehicle weighs in at almost four tonnes – more when it is fully laden with water and spare fuel – and spends a lot of its time traversing deep sand. With this in mind, Ian wanted to fit the widest tyres possible, in order to spread the load and prevent them from digging in to the surface. He opted for a set of 265x85R16 BFGoodrich All-Terrains, although he is not convinced even these are wide enough to cope with the sand. ‘I like the AT tread pattern for its all-round capabilities,’ he reports, ‘but I think a wider tyre would perform better in desert conditions.’ This is something he intends to think about in the months before heading off to Africa, and a solution may necessitate modifying the rims so they can be shod with larger tyres.

Power comes from the familiar combination of 300Tdi engine and R380 gearbox. The former features no upgrades other than those fitted as standard on Wolf Land Rovers, which means 24-volt electrics and a heavy-duty alternator as well as a raised air intake and breathers.

This configuration suits Ian rather well, because the electrics for the living quarters are entirely separate from those in the engine bay. He uses 12-volt in the back because of its compatibility with conventional appliances, while a second 24-volt system serves as a back-up for the engine. ‘The last thing you want is to be stranded in the desert with no power,’ he explains, ‘so it’s worth adopting a belt-and-braces approach to these things.’

Heavy-duty suspension components are essential to cope with the huge weight of the vehicle, and Ian is still impressed with the enormity of the rear springs two years after seeing them for the first time. The shock absorbers are an impressive size, too, and give a further indication of the sheer might of the 130 and the loads it is set up to carry.

Most of the components on the Land Rover are standard, and this reflects a deliberate strategy on Ian’s part. ‘If you keep with stock components wherever possible, it’s far more likely you’ll be able to find replacements when you’re travelling. It’s tempting to go with bells and whistles, but that’s not always the best thing on an overland vehicle.’

The attraction of Ian’s 130 does not come from a long list of modifications, therefore. Rather, it appeals to that part of us that has an irrepressible urge to travel into the great unknown. It is a tangible symbol of the power of dreams – and a sign of just how rewarding it can be if, like Ian, you’ve the imagination and determination to make them come true.