Runs In The Family 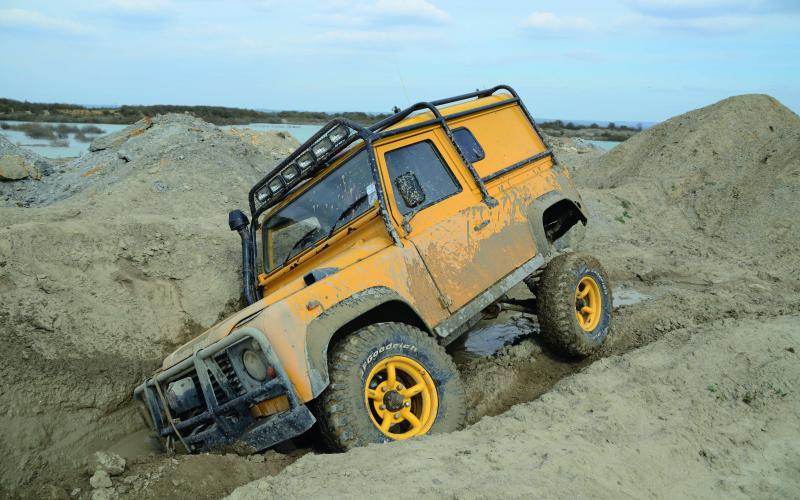 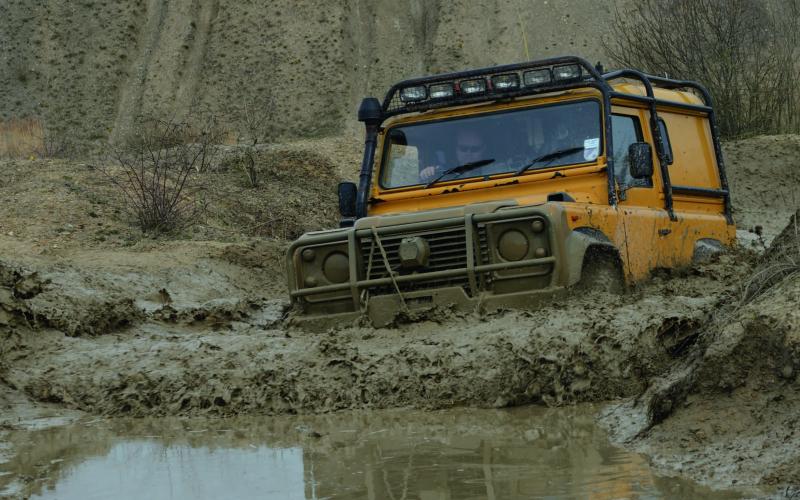 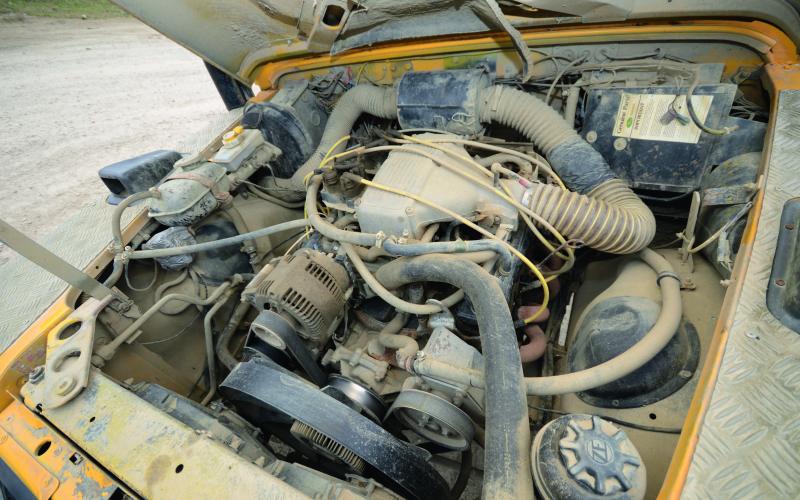 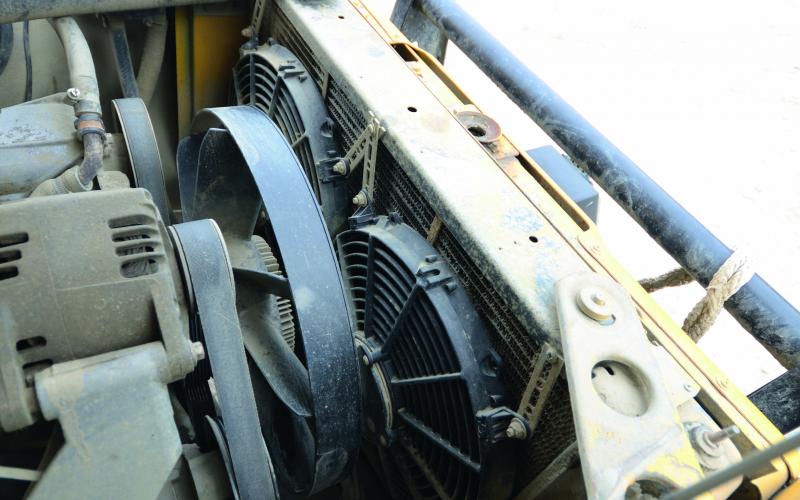 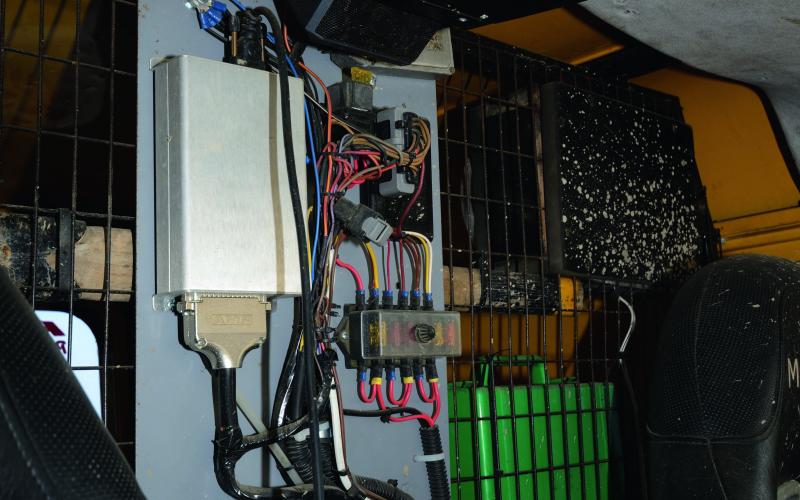 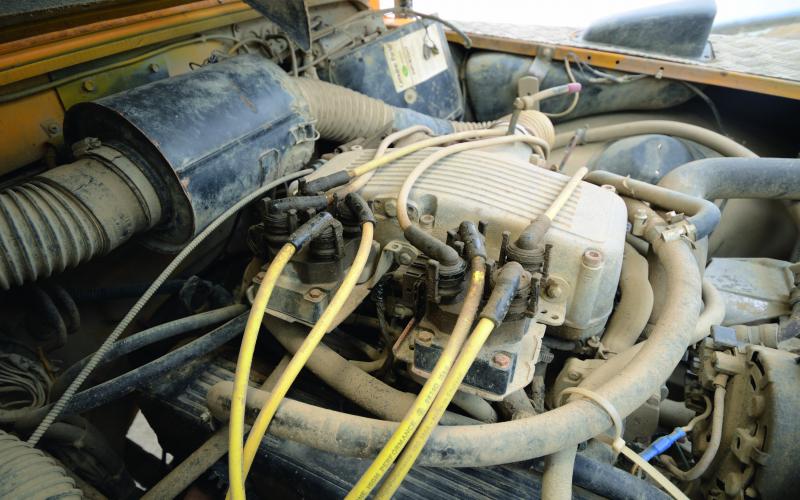 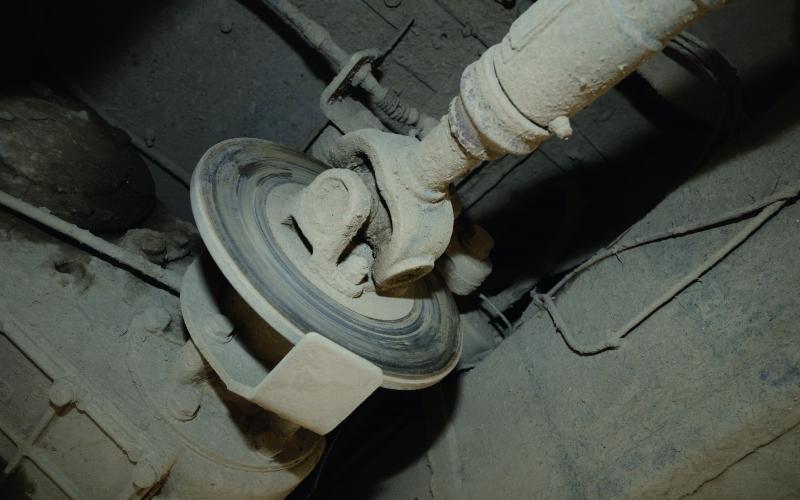 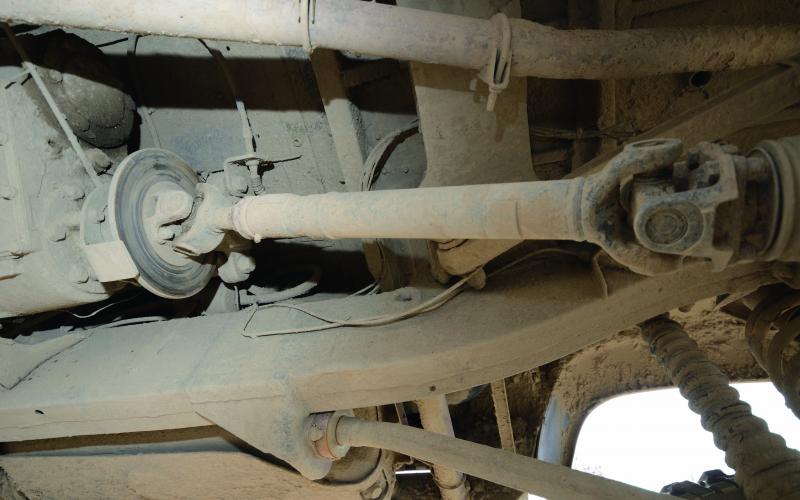 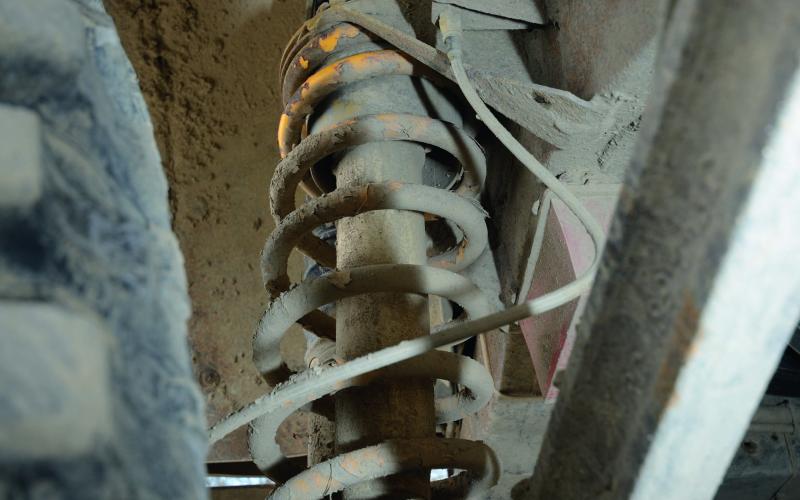 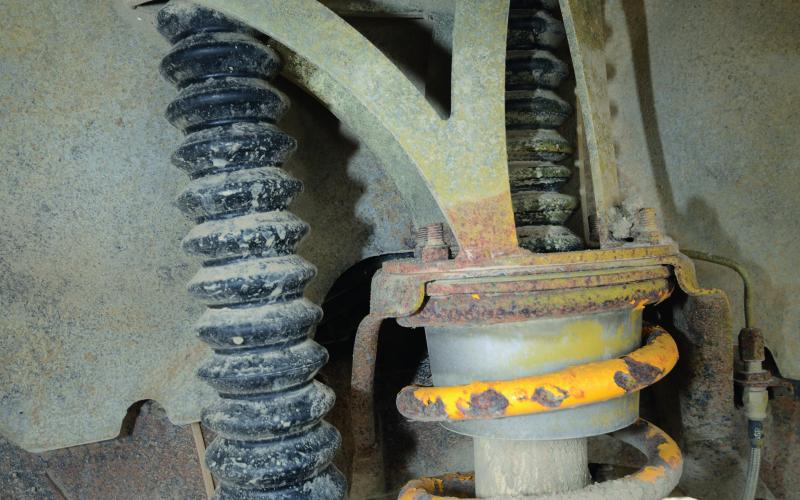 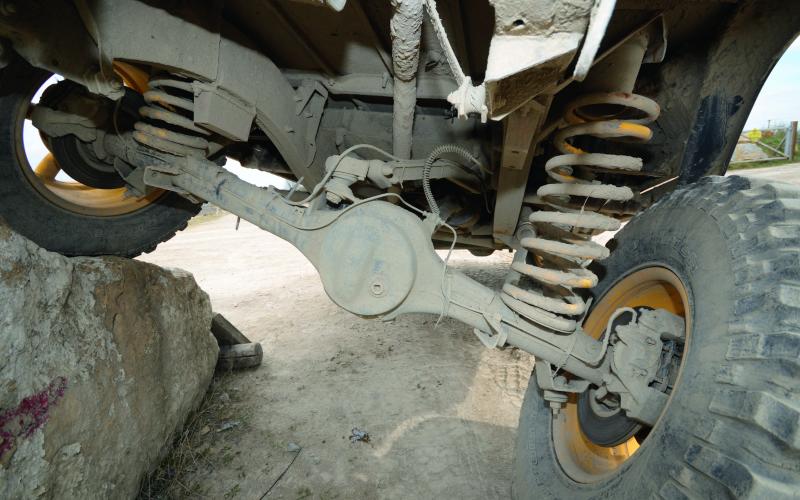 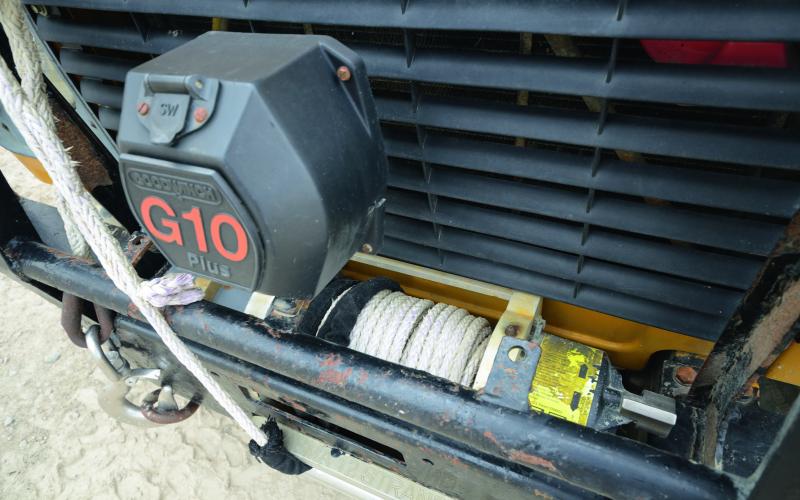 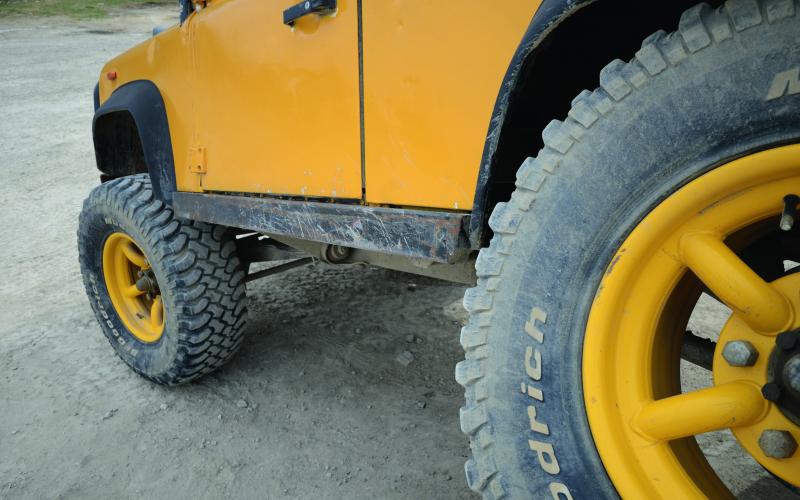 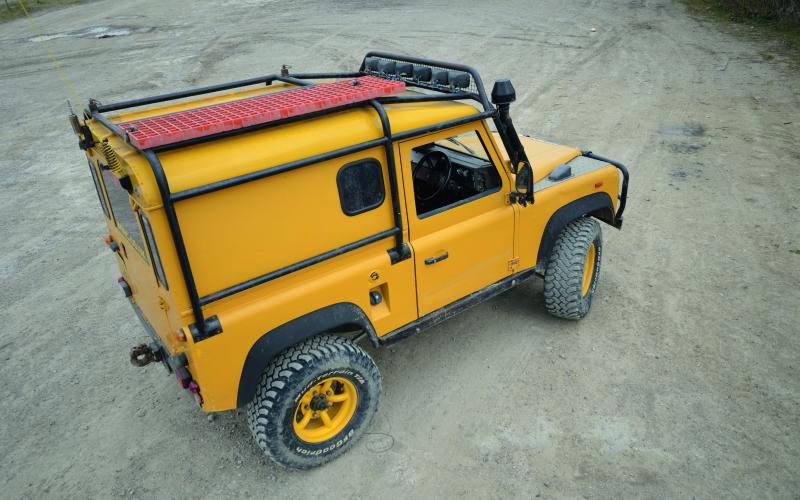 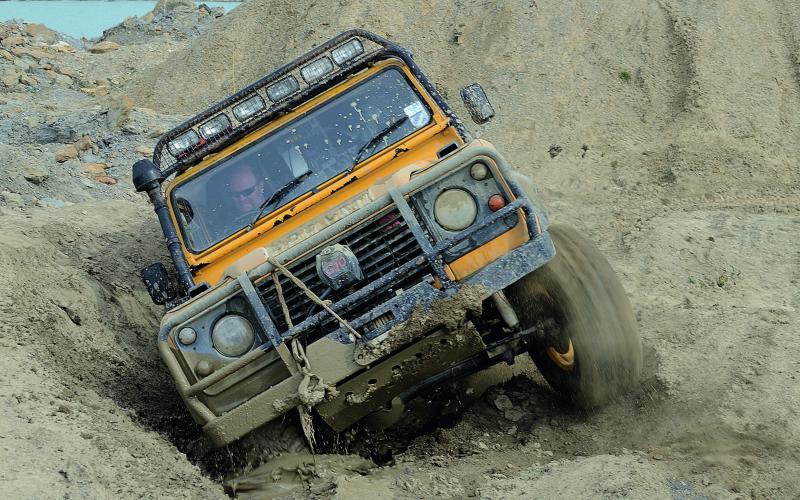 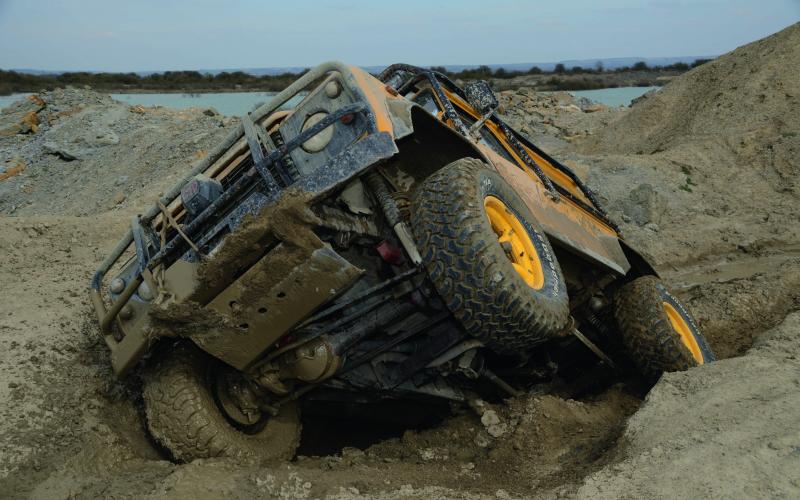 Matt Hubbard and his dad Paul only got into off-roading after taking a friend on a 4x4 experience for a birthday treat. Now they own a 90 whose life story includes at least two engine swaps, a spell on the challenge scene and a future as a family heirloom…

People get into off-roading for all sorts of reasons. In Matt Hubbard’s case, it was by buying someone else a birthday present.

Along with his dad Paul, Matt decided to take a family friend on one of those 4x4 experiences you see advertised. Needless to say, they went along for the ride… and lo and behold, they caught the bug.

‘The next day,’ says Matt, ‘we were looking at each other and saying “I want to do that again.” About three of four weeks after that, we bought a Land Rover.’

Not just any Land Rover, either. This Land Rover. In the decade that’s passed since then, they’ve stuck with the same vehicle – and Matt’s adamant that that’s how it’s going to stay, too.

Not that it was standard when he first got it. In fact, it had quite a past. ‘There were various stickers on it, including one from the Bulldog Trophy, so it had been used in challenge events But that was from two owners before us – the guy we bought it from hadn’t competed in it. We don’t really know much about its history, but it was originally a diesel until someone put a V8 in it.’

It also came to them with a chassis-mounted six-point exo cage, rock sliders and a dirty great heavy-duty front bumper sporting a G10 Goodwinch. ‘We were quite lucky when we bought it,’ admits Matt. ‘We didn’t really know what we were doing.’

Either he’s being modest or they learned fast, because a few weeks after that they were heading to Donington for the British Indoor 4x4 Show. ‘We’d looked in the magazines and had ideas from the word go. We always said we wanted a V8 rather than a diesel, and then we came back from the show with a whole suspension kit.’

Given that all this was happening ten years ago, it might not surprise you to hear Scorpion Racing’s name being dragged up from the past at this point. The 90 was treated to a full +2” package including dislocators and cranked trailing arms, and it’s still on there – the only change since then being the addition of twin shocks up front to help control the extra weight of the cage, winch and so on on the road.

The 90 isn’t Matt’s only car (he chortles in horror at the suggestion, with a regular long commute for work but no immediate access to any handy bowsers of unleaded), but on-tarmac handling is still something that does matter to him. Interestingly, then, and rather unusually, it’s still running standard radius arms, with no castor-correction. ‘We’ve just never had an issue with it’ is his honest verdict, though he doesn’t rule it out in the future.

Talking of the future, this holds a general revamp for a truck that sees a lot of action at Kirton Off Road Centre, where Matt’s been a marshal for many years. You’d do well to keep count of the times that big G10 has hauled stricken customers out of the mud – combine this with its previous life as a challenge winch, and it’s a good advert for the durability of Goodwinch’s products. Matt uprated it to a Bowmotor 2 about four years ago, but aside from general servicing that’s all it’s had. ‘It’s not quick,’ he says, ‘but it will just keep on pulling.’

Not that he’d mind a bit more power (who wouldn’t?), and if you’ve got a G12 for sale he definitely wants to hear from you. But he’s mindful that a physically bigger winch would just block the airflow through the rad, which the V8 lump would certainly not appreciate.

Ah yes, the V8 lump. This ran a four-barrel Holley carb for a spell, and all was very well with the world, but a few years ago Matt found that the engine was starting to get tired. Enter one 3.9 serpentine unit, originally from a Discovery, which has gained an uprated camshaft profiled for greater torque.

Still a V8, then. And we all know what V8s are famous for, don’t we? ‘I was fed up of going through puddles and it cutting out,’ says Matt.


Which was when a Megasquirt system came along, with the electronics mounted high up above the bulkhead behind the seats and the distributor completely removed and plugged. ‘Now I’ve had it in water up to the top of the bonnet. I don’t want to kill my stereo and laptop, so I don’t go any deeper than that, but the engine’s not bothered.’

There are those who’d just have to explore the limits, of course, wreaking havoc everywhere else on their truck in the process, but Matt’s not interested in that. He doesn’t half use it, and when you look at its overall spec list there’s as much there to make it strong as there is to make it able, but he’s stopped short of going for ultimate off-road performance. Some of his fellow KORC marshals roll on Simex rubber, for example, but he’s more than happy with that classic among tyres, the BFGoodrich Mud-Terrain. ‘It’s not the most aggressive off-road, but that’s not always a bad thing. They’re quiet on the road, and they wear really well – this set’s been on for years and there’s still plenty of tread left on them.’

Is all this the mark of someone who’s not willing to go the final yard to unlock every scrap of potential off-road ability his truck offers? You could say that, yes, but if it’s true it’s only because Matt really cares about this 90. It’s the only 4x4 he’s ever owned, don’t forget – and the only one he ever wants to.

‘I’ve been asked a few times if I’d sell it,’ he says, ‘and I’ve always said no. Even if I was to give up off-roading, I wouldn’t sell it. It’s going to be handed down to my little ‘un. She’s just turned two, so I’m going to try and get her into off-roading as soon as possible. I want her to be my spanner girl!’

It really is going to run in the family, then, this truck. As it is, Matt reckons, when it comes to off-roading: ‘I’m more my dad’s chauffeur than anything else!’ And it looks like he’s going to be carrying on with that particular duty for a while yet, having come back from a Land Rover show last year with Exmoor Trim’s demo car seat under his arm for when his daughter’s ready to start joining in. ‘She won’t fit in it for about another five years. It’s an investment for the future!’

You see a lot of different things being handed down from generation to generation. Family homes, bits of jewellery, odds and ends that really mean something. Former challenge trucks, less so. But this 90 really has come to mean something in the Hubbard household, and unlike a dusty photo in a frame its meaning is totally here and now. It’s going to be one hell of an heirloom one day – and in the meantime, it literally runs in the family.